Health officials have acknowledged that the monkeypox outbreak is driven by sexual activity between men, but the FDA is allowing doctors to administer the vaccine to children under 18 on a case-by-case basis.

And with the declaration Thursday by the Biden administration that the outbreak is a public health emergency, the FDA could issue emergency use authorization for children to receive the JYNNEOS vaccine, which is licensed for use against smallpox, note Children's Health Defense, the vaccine-injury-awareness group founded by Robert F. Kennedy Jr.

CHD pointed out that the JYNNEOS vaccine, delivered in a two-dose series, was not tested through clinical trials in children.

However, the FDA told ABC News "numerous" children have been granted access to the vaccine through a special permission process.

ABC said that if "a doctor decides a person under 18 was exposed to monkeypox and the benefit of the vaccine is greater than any potential risk, they can submit a request to the FDA."

Florida Republican Gov. Ron DeSantis, meanwhile, has said his state will "focus on the facts" and not "do fear," Fox News Digital reported.

"I am so sick of politicians – and we saw this with COVID – trying to sow fear into the population," he said at a news conference Wednesday. "We had people calling, mothers worried about whether their kids could catch it at school.

"We are not doing fear," the governor continued. "And, we are not going to go out and try to rile people up and try to act like people can’t live their lives as they’ve been normally doing because of something." 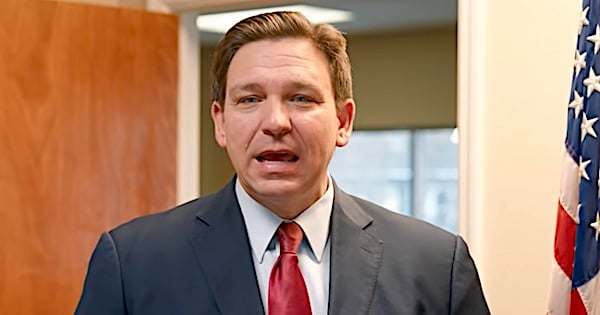 He predicted that leaders of states that declared emergencies – Govs. Kathy Hochul of New York, Gavin Newsom of California and J.B. Pritzker of Illinois – would abuse their power and restrict the freedom of citizens, just as they did with the COVID-19 pandemic.

The Centers for Disease Control and Prevention's latest figures show 6,617 confirmed cases nationwide. Around the world, only five deaths have been attributed to monkeypox.

In June, CDC recommended that travelers wear a mask to protect themselves from monkeypox despite the agency's acknowledgement that the outbreak was driven by direct contact and largely through gay sexual activities.

The CDC then removed the advice from its website "following social-media posts criticizing the agency for what they called mixed messages over the risk posed by the virus."