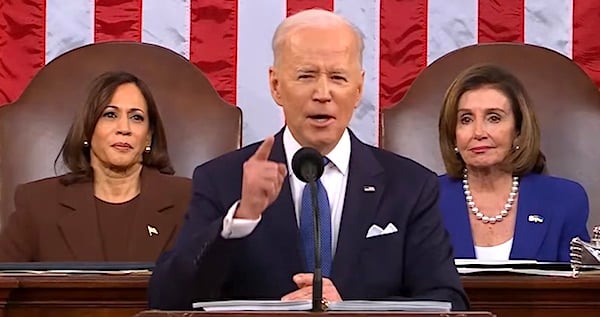 Democrats are facing a big problem as the 2022 midterm elections approach in months, and the 2024 presidential race isn't that far off.

It's not only because President Donald Trump continues to garner huge support from the GOP and independents. It's not only that Joe Biden has exhibited worrying instability through his odd comments, gaffes, and lost-look speeches recently.

It's because, it seems, nobody likes the Democrats anymore.

That's according to Sean Maloney, who is the chair of the Democratic Congressional Campaign Committee.

The DCCC chairman: "We have a likability problem" https://t.co/naGU2rIj57

According to a report in the Daily Caller, Maloney said the issues involve opinions on race and gender.

"[Y]ou’ll find broad agreement in our caucus, from the conservative Democrats to the most progressive, that we have a likability problem," he said in the report, which cited an interview in the New York Times.

"I think that most of the voters…think that we’re out of touch, they think we’re elitist, we think we are better than they are," he explained.

The problem has several facets, he explained, including the creation of the term "Latinx" as an alternative to Latino or Latina. But only 2% of Hispanics even use the word.

Then there's the rhetoric of those like Chris Hayes of MSNBC, he said.

Joe Biden's approval among Hispanics has plunged, with a July poll noting 63% now strongly or somewhat disapprove of him, the report said.