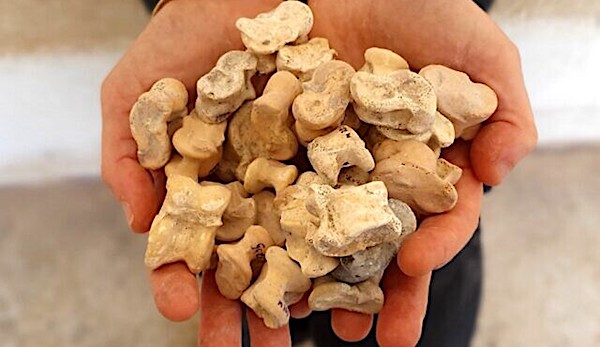 (TIMES OF ISRAEL) -- A rare collection of animal knucklebone gaming dice, used 2,300 years ago during the Hellenistic period, have been found to be inscribed with the names of various deities believed to bring help and good fortune, the Israel Antiquities Authority said Tuesday.

So-called “astragali,” knucklebones of goats, sheep and cattle, were used as dice in gaming and for ritual divination, mostly by women and children, the statement said.

The 530 astragali were found several years ago in a large underground cave complex at the Maresha-Bet Guvrin National Park in the Judean foothills in southern Israel. Research into their inscriptions and use was published for the first time recently in the peer-reviewed Levant journal.

WND News Services
These reports are produced by another news agency, and the editors of WND believe you'll find it of interest.
Watch live: Trump rally today from Warren, MI
AOC: Abortion 'conscripts' parents to work 'against their will'
GOP Rep. Stefanik's name pushed as Trump's possible running mate
Republican Study Committee releases 'Family Policy Agenda'
What happens when a fact-checker gets it all wrong?
See more...