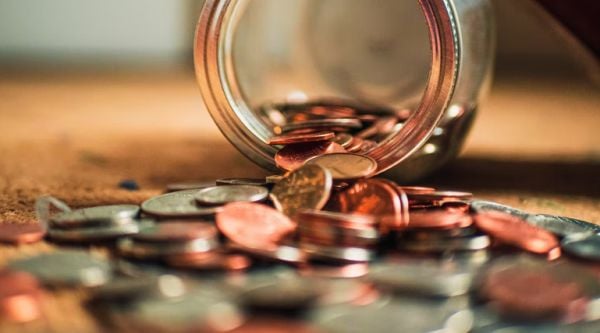 Inflation measured by the producer wholesale index edged down a fraction but still remained at the raging level, 9.8% for the year ending in July, according to the federal Bureau of Labor Statistics.

The Consumer Price Index recently reported inflation at 8.5% for the month of July, down from 9.1% in June, and Joe Biden brazenly tried to claim it was zero percent, based on the fact a few prices out of the long list did not increase from June to July.

The Washington Examiner said the July wholesale mark was the first monthly decline, albeit small, since April 2020 at the start of the pandemic.

He warned that still could take months to accomplish.

The Examiner documented, "Both inflation reports might show that the higher prices are beginning to crest, although the readings are still well above the Fed’s goal of steady 2% inflation. In response, the central bank has begun hiking interest rates in the most aggressive fashion in decades."

Those higher interest rates have just added additional costs to American consumers, who already are paying thousands of dollars more this year for the same lifestyle they had a year ago because of the inflation under Biden's policies.

"Bottom line is the inflation is still high, but it looks like it’s coming down and because it’s high … the Fed is likely to continue raising interest rates pretty aggressively, so that will cool the economy," Desmond Lachman of American Enterprise Institute, told the Washington Examiner.

The Daily Caller News Foundation pointed out that energy prices led the slight decline in the Producer Price Index.

"While prices for final demand goods fell 1.8%, this drop can be attributed almost entirely to the decline in energy prices, with prices for food and all other products increasing by 1% and 0.2% in July respectively," the report explained.

Alfredo Ortiz, of Jobs Creation Network, said in an interview with the Daily Caller News Foundation that the reports document that "'Bidenflation' isn’t going away."

"The Democrats have created a political burden for themselves, but the financial burden is being paid for by the American people and the small business community, in particular," he said.

He continued, "House Democrats are scheduled to pass a $760 billion spending bill tomorrow that will make inflation even worse. The American people are paying close attention and will know that at this watershed moment for the economy – the start of a recession and the highest inflation in four decades – President Biden and the Democrats chose to double down on their mistakes."