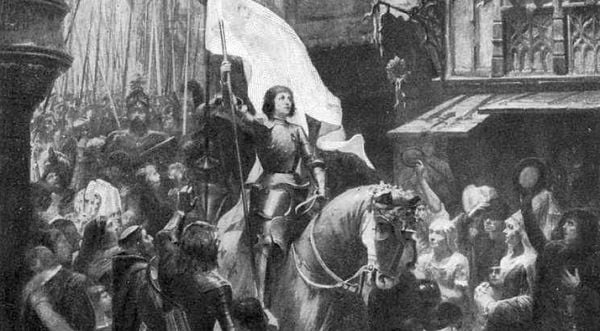 (THE COLLEGE FIX) -- A British university lecturer and “transgender awareness trainer” referred to Queen Elizabeth I and Joan of Arc with “they/them” pronouns and wrote that Joan’s story shows us that “gender has never been strictly tied to the body” in an essay published August 8 on the website of Shakespeare’s Globe.

Kit Heyam, whose website reads “I am a 31-year-old non-binary trans person,” is a lecturer in Medieval and Early Modern Studies at Queen Mary University of London. Heyam’s essay reflected on the London theater’s production this summer of a new play, “I, Joan,” which “tells Joan of Arc’s story anew” as “alive, queer, and full of hope,” according to the Globe.

Joan of Arc is considered a saint in the Catholic Church. She led soldiers, dressed in men’s clothing, in battle in 1429 against the invading English, during what would later be known as the Hundred Years’ War, according to History.com.