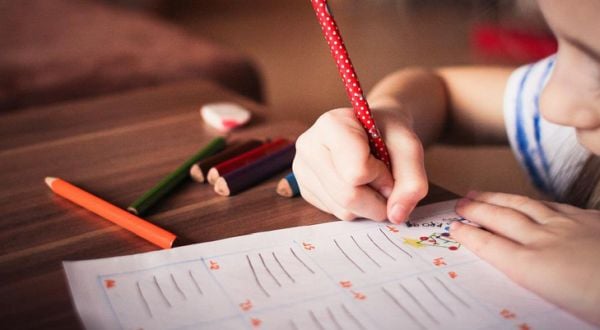 A coalition of charter schools, including those organizations in both Michigan and Ohio, have filed a federal lawsuit over Joe Biden's "illegal rule that punishes successful charter schools nationwide."

The action is by the Pacific Legal Foundation, which explained the problem is that while Congress expanded the federal Charter Schools Program in 2015, and appropriated hundreds of millions of dollars for grants, it hasn't worked out that way.

"Congress gave clear instructions and criteria for distributing these funds; however, the DOE has issued a new rule that makes attaining these grants much more difficult. Applicants must prove that traditional public schools are over-enrolled, not just failing to serve the needs of their students; must seek approval from existing public schools; and must show that they are not serving too many students who are racial minorities," Pacific Legal explained.

Caleb Kurckenberg, a lawyer with the foundation, explained, "This attack on charter schools is not only deeply unfair to kids who would benefit from educational alternatives, it’s illegal. The Department of Education has no authority to issue these new rules.

The case has been filed in U.S. District Court for the Western District of Michigan.

The complaint is on behalf of the Michigan Association of Public School Academies and Thomas B. Fordham Institute against the U.S. Department of Education, Education secretary Miguel Cardona, and Ruth Ryder, the deputy assistant secretary for policy and programs.

The complaint explains that while Congress set aside much money for innovative and high-quality charters that can help many students, the DOE under Joe Biden is blocking that move.

The agency, the complaint charges, "is channeling the administration's apparent hostility toward charter schools into unconstitutional rulemaking, which will rob the neediest students of educational opportunity."

"Not only does the department lack the authority to issue any new criteria; the proposed factors will punish the most successful charter school programs, particularly in school districts that enroll large numbers of minority students. All the while, the rule comes from an agency employee, and lacks even the blessing of a properly appointed officer of the United States. The department’s sneak attack on the charter school program, and on the students caught in the middle, must be set aside by this court."

While the law requires the Department of Education to distribute hundreds of millions of dollars in grants to charters each year, it does not "include any delegation of authority for the secretary to consider or implement new criteria or priorities."

Despite that, Biden's agency created a long list of new requirements, such as considering whether students would be "racially and socioeconomically diverse" and whether the organization has successfully worked with "low-performing" schools.

Biden, who repeatedly has opposed charter school programs, took office and his bureaucrats immediately issued "additional … criteria" for any project.

The action seeks an injunction prohibiting Biden's agenda from enforcing their additional rules for grants.