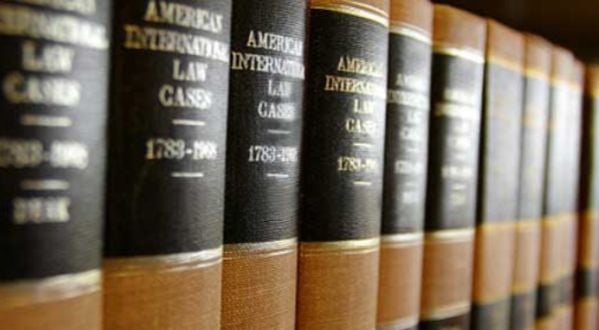 A George Soros-linked liberal prosecutor in Florida has been suspended from his duties after he openly announced he would defy state law regarding child sex changes.

Gov. Ron DeSantis on Thursday announced that Andrew Warren, the Hillsborough County state attorney, had "indicated his intent to refuse to enforce laws in state related to abortion and child transgender surgery," according to a report from Just the News.

The governor said Warren's suspension would begin immediately and he "potentially" could be "removed from office in the near future over his stated intention to ignore laws passed by the state," the report said.

DeSantis linked Warren to Soros, the far-left billionaire who has created a campaign to personally fund the political campaigns of extremist prosecutors who advocate for progressive agendas such as the decriminalization of drugs and prostitution.

The governor explained Warren had "signed a letter saying that he would not enforce any prohibitions on sex change operations for minors."

Warren also "signed a letter saying he would not enforce ANY laws relating to protecting the right to life in the state of Florida," the governor added.

The governor confirmed that state prosecutors "have a duty to prosecute crimes as defined in Florida law, not to pick and choose which laws to enforce based on his personal agenda. It is my duty to hold Florida’s elected officials to the highest standards for the people of Florida."

While Warren is on suspension, the governor's office explained, Hillsborough County Court Judge Susan Lopez would take over prosecutorial duties.

The report noted the New York Times in 2017 confirmed Warren's campaign was "funded by the billionaire George Soros," and Warren himself said "he believed Soros had helped fund his campaign," the report said.

Bob Unruh
Bob Unruh joined WND in 2006 after nearly three decades with the Associated Press, as well as several Upper Midwest newspapers, where he covered everything from legislative battles and sports to tornadoes and homicidal survivalists. He is also a photographer whose scenic work has been used commercially.
'A difficult time for everyone': CNN confirms big staff layoffs
ZERO Republican professors across 33 departments at 7 universities
'Big Bang' by Elon Musk said to be under way
Biden sending tax cash to activists supporting prostitution
Poll: Majority of Americans no longer trust elections to be 'fair'
See more...