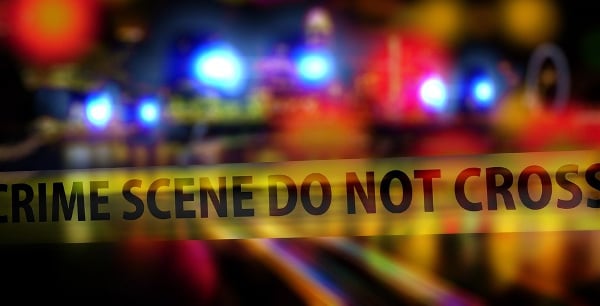 Ukraine's recorded civilian death rate from the Russian invasion is considerably lower than the per capita murder rate in major American cities, according to the United Nations Human Rights office.

But even more American cities may be deadlier than Ukraine amid an invasion, as crime in the United States has skyrocketed in the past two years.

As WND reported, a study of 19 cities showed a spike in murders immediately after the death of George Floyd in May 2020, confirming analysts who attribute the record homicide rate to the "Minneapolis Effect."

The homicide rate was flat until the unrest and the subsequent defund-the-police movement that followed the death of a black man in police custody.

Manhattan Institute scholar Heather Mac Donald coined the term "Ferguson Effect" in the wake of the death of Michael Brown in Ferguson, Missouri, in 2014. As police backed off from discretionary enforcement, an additional 2,000 blacks lost their lives in 2015-16 compared to the previous period. The "Minneapolis Effect," she said, was far worse, making the "Ferguson Effect" looking like "child's play."

In the weeks following Floyd's death on Memorial Day, for example, homicides rose 100% in Minneapolis, 200% in Seattle, 240% in Atlanta and 182% in Chicago. In New York City, shootings more than doubled compared to the previous year.

Among the DAs is Kim Foxx, the state's attorney for Cook County, which includes the city of Chicago, which recorded more murders in 2021 than any year since 1994. In 2020, Soros donated $2 million to a PAC that backed Foxx's reelection campaign.