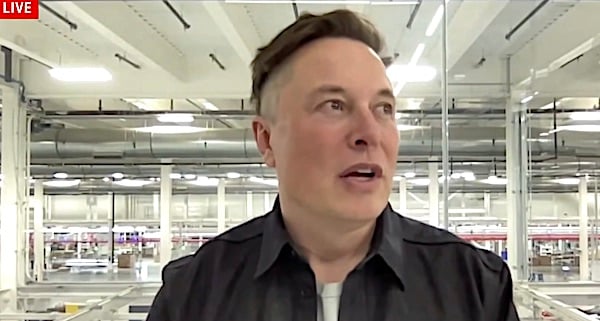 Musk initially sold shares in Tesla valued at $8.5 billion in April in order to acquire the resources to purchase Twitter, and in the past year has sold $32 billion of shares, according to the Wall Street Journal. At the time, Musk said he had “No further TSLA sales planned.”

The shares were sold between Aug. 5 and Aug. 9, with Musk now owning less than 15% of the company, according to Reuters. Tesla shares have risen 15% since an earnings report in July surpassed expectations, Reuters reported.

When asked on Twitter about the sales, Musk said he sold the shares to preemptively avoid an “emergency sale of Tesla stock” in the event he was forced to purchase Twitter.

In the (hopefully unlikely) event that Twitter forces this deal to close *and* some equity partners don’t come through, it is important to avoid an emergency sale of Tesla stock.

Musk, who already owns a 9% stake in Twitter, would be forced to generate at least $33 billion through a process known as equity financing, typically done through the selling of shares, in order to pay for the deal, according to the WSJ.

Musk initially agreed to purchase Twitter on April 25 at $44 billion, but has since reneged on the deal, claiming that he was misled about the number of spam accounts present on Twitter, Reuters reported. Twitter has since sued Musk in order to force him to complete the purchase, with a trial date currently set for Oct. 17.

Musk, despite having a net worth of approximately $250 billion, does not take a salary for his work at Tesla, according to the WSJ. Instead he is compensated in stock awards, which he has been selling more frequently in order to pay taxes.

Last fall Musk sold 10% of his shares in Tesla, after posting a poll on Twitter asking users if he should, CNBC reported. Musk continues to be monitored by the SEC and Tesla’s lawyers for his use of Twitter to conduct business affairs related to Tesla, following a 2018 settlement, Politico reported.

Nearly 10 years ago, in June 2013, Musk took to Twitter after a shareholder’s meeting to say “Forgot to say one thing at Tesla annual shareholders meeting: just as my money was the first in, it will be the last out.”