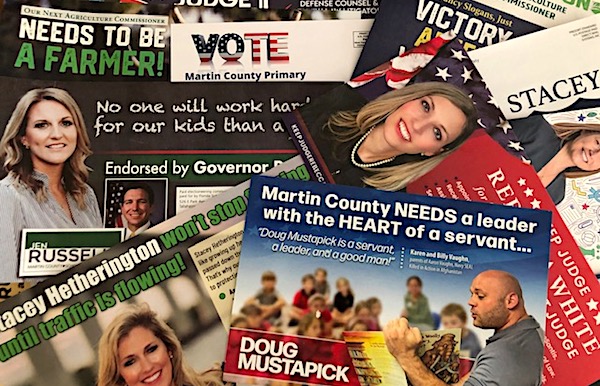 Recently, a group of prominent Republicans announced the formation of a group known as Restoring Integrity and Trust in Elections, Inc. (RITE), which will focus on “the rule of law in election administration.” Two of the group’s better-known founders are Republican strategist Karl Rove and former attorney general Bill Barr. RITE’s press release makes clear that the group means to defend voting-law changes legally put in place by Republicans and to fight changes that it feels were unlawfully put in place by Democrats. This was the focus of much of the litigation in the lead up to the 2020 election before “Stop the Steal” took over.

Many will welcome RITE’s emergence. Democrats held an advantage in spending on litigation in 2020, particularly through efforts led by election attorney Marc Elias, who was then at Perkins Coie and now has his own firm, the Elias Group. Additionally, major law firms offer many pro bono opportunities to partner with left-wing groups, such as the Brennan Center. Moreover, law schools such as Harvard are funding left-wing voting litigation through their legal clinics.

So conservatives should be happy about the launch of RITE, but questions remain about the new group. The answers will determine its efficacy.

Many of those involved in RITE are no strangers to fundraising. Rove has raised money for an array of outside groups in the past, as has board member Steven Law. But corporations are less friendly to conservative causes than they were a decade ago. Additionally, conservatism and voting issues are touchy subjects for corporations. After January 6, many corporations pledged never to support Republicans who voted to object to the 2020 election. They wound up breaking these promises, but nonetheless, these companies’ initial pledge shows that RITE may face challenges in soliciting potential donors.

On the plus side, however, RITE’s finance chair is casino billionaire Steve Wynn, who could finance some of the group’s efforts out of his own pocket and also tap into his own vast network.

Given that RITE is hoping to launch a national effort on voting litigation, it will need a robust legal team. Currently, it employs just three staff attorneys, so it will presumably work with many law firms. While big law firms are backing away from working with conservative political clients, more conservative boutique law firms are launching – some with a heavy focus on election law, others with more diverse practices. Justin Riemer, listed as a RITE advisor, has his own legal group.

There is no obvious answer for whom RITE should or should not work with, so long as the firms they partner with are doing good work. Some election-law firms and solo practitioners focus on one state or region. RITE will likely want to consult with them at least on cases in those respective areas. In 2020, conservatives diversified their money with law firms more than liberals did. RITE may continue that approach and shift its money based on where it succeeds and fails. An attorney from Jones Day, a major firm, filed RITE’s first amicus brief.

RITE is clearly aiming to be a national organization. So far, it has gotten involved in matters involving the Eleventh Circuit and the Montana State Supreme Court, probably because Florida and Montana passed election-security laws that liberals are challenging. As the final stretch of 2022 gets underway, RITE will likely get involved in additional jurisdictions – in particular, helping challenge and defend voting-policy changes. Donors might help foot the bill for challenges in certain parts of the country. Additionally, RITE will probably prioritize states that could be closely contested, such as Georgia or Pennsylvania. But by and large, if RITE has the funds, it will likely try to be involved in as much legitimate voting litigation as possible.

Given the ideological bend of certain state and federal districts, circuits and state supreme courts, there might be situations where even the best lawyers cannot make a difference. Still, it is hard to imagine conservatives abandoning legal fights in these situations, unless they really need to prioritize resources.

RITE is, of course, a conservative organization, aligned with much of the Republican establishment. But given the wide number of political actors that make decisions on voting rules, some rogue actors are always a possibility. For example, in Georgia in the 2020 election, Secretary of State Brad Raffensperger settled a lawsuit with Democrats on who would get to review handwriting on mail-in ballots. GOP attorneys from all factions of the party criticized Raffensperger’s decision. In such a situation, RITE would not have any real legal recourse, since Raffensperger had the legal authority to make this settlement.

Voting litigation is a major part of what Donald Trump’s political operation is remembered for. Trump continues to maintain that Democrats stole the 2020 election. Some in the conservative media world, such as Dinesh D’Souza, have pushed conspiracies about the election. Barr and Rove have criticized Trump’s comments on the election, and Trump has lashed out at both. Trump might try to make political hay about the two working in an area that he feels so passionately about, though it’s not clear whether his doing so would make much difference. RITE will depend on large donors, not the Republican base, so it doesn’t necessarily matter what the base thinks of RITE. But some conservative donors are fans of Trump, and some are looking to curry favor with him, in case he becomes president again.

Alternatively, Trump might stay silent about RITE, figuring that its efforts could help him in the long run. It looks increasingly likely that the former president will run again in 2024. RITE will likely mount litigation similar to that brought by Trump’s campaign and the Republican National Committee (RNC) in the lead up to the 2020 election. With deep financial pockets and a robust network of lawyers, RITE could succeed where Trump and the RNC failed last time. These successes would help the Republican nominee for president – whoever he may be.

Todd Carney is a lawyer and frequent contributor to RealClearPolitics. He earned his juris doctorate from Harvard Law School. The views in this piece are his alone and do not reflect the views of his employer.