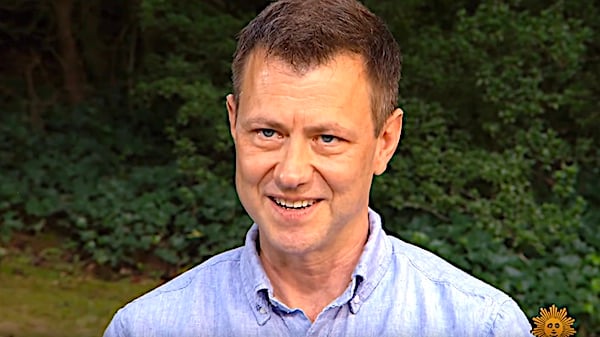 “Absolutely the American public should trust what the FBI is doing,” Strzok said Strzok said on MSNBC’s “Morning Joe.”

Strzok was the FBI’s head investigator into alleged Russian meddling in the 2016 elections and former Secretary of State Hillary Clinton‘s private email server. He was removed from a brief stint on Robert Mueller’s Special Counsel Investigation after sending anti-Trump text messages and beginning an affair with colleague Lisa Page, and was ultimately fired from the agency for the texts in August 2018.

Strzok told Joe Scarborough that Trump “has spent his entire adult life living on the margins of the law, pushing up to the edge, seeing what he can get away with and then pushing a step or two beyond that.”

FBI agents executed a search warrant at Trump’s Mar-A-Lago home on Aug. 8 to recover classified documents Trump allegedly took from the White House. The raid quickly drew accusations of being politically motivated by conservatives and Republicans.

“There comes a point where no man is above the law,” Strzok said. “There comes a point that there are things that you do if you are holding these highly, highly classified documents… that if they fell into the hands of an unauthorized party, let alone a Russian intelligence officer, a Chinese intelligence officer, would cause massive damage to the national security.”