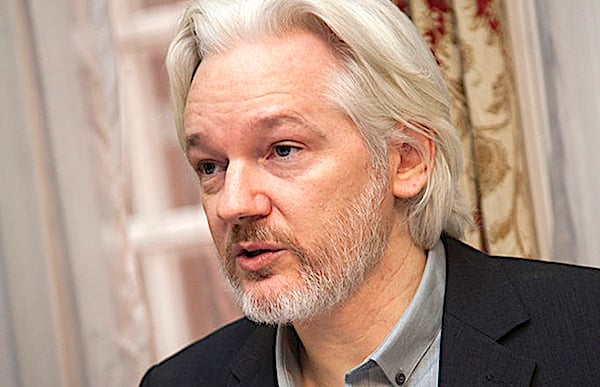 Four individuals connected to notorious whistleblower Julian Assange have filed a lawsuit against the CIA and its former director, Mike Pompeo, Monday for allegedly spying on them while visiting Assange in London.

The plaintiffs, journalists Charles Glass and John Goetz and attorneys Margaret Kunstler and Deborah Hrbek, allege that the agency violated their constitutional right to privacy by accessing information copied from their personal devices between Jan. 2017 and March 2018 at the Ecuadorian embassy in London. Undercover Global, a Spanish cybersecurity company and the third defendant of the lawsuit, allegedly confiscated the plaintiffs’ phones, duplicated the data and provided it to the CIA.

“That was outrageous and inappropriate conduct by the government that violated the most profound privacy rights of the plaintiffs and others who visited Assange in the embassy,” Richard Roth, the lawyer representing the plaintiffs, told Axios.

The plaintiffs argue that the defendants’ behavior compromised their Fourth Amendment right to be protected from “unreasonable search and seizure.” In addition, U.S. intelligence agencies may not covertly access communications of U.S. citizens, according to Reuters.

The lawsuit also claims that Undercover Global, as an agent of the CIA under Pompeo, recorded conversations between and among Assange and the plantiffs and transmitted the recordings to the CIA.

“Defendant Pompeo was aware of and approved the copying of information contained on Plaintiffs’ mobile electronic devices and the surreptitious audio monitoring of their meetings with Assange,” the filing states.

Over 100 American citizens, including attorneys, doctors and members of the media, visited Assange, who was seeking political asylum at the embassy, and may have been subject to the CIA’s alleged spying, the defendants allege.

“The United States Constitution shields American citizens from U.S. government overreach even when the activities take place in a foreign embassy in a foreign country,” Roth told Reuters.

Assange is wanted on 18 counts, including hacking a Department of Defense computer, and played an alleged role in “one of the largest compromises of classified information in the history of the United States,” the Department of Justice wrote in 2020, after publishing national security documents related to the Afghanistan and Iraq wars on his WikiLeaks platform.

Pompeo called Wikileaks a “non-state hostile intelligence service” in 2017, saying that he would target whistleblowers who published confidential information. Russia reportedly released stolen data on the Democratic National Committee via Wikileaks, although Wikileaks disputed the claim.

Pompeo, Roth, and the plaintiffs did not immediately respond to the Daily Caller News Foundation’s requests for comment.