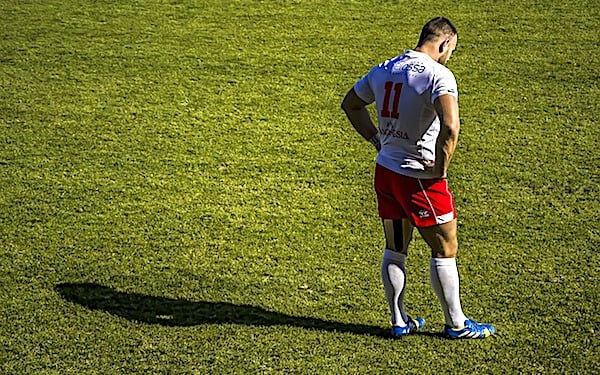 (Image by Pawel Grzegorz from Pixabay)

A rainbow-colored jersey meant to promote the LGBT ideology has been rejected by seven Australian rugby league players who withdrew from a match rather than wear the article of clothing that offended their faith.

Sky News reported the players are from the Manly Warringah Sea Eagles, based in Sydney, Australia.

The seven players said they would not wear the jersey based on religious and cultural grounds.

The report explained the team, without consulting the players, got the jerseys with rainbow logos replacing the previously white stripe and collar on the ordinary jersey.

"Coach Des Hasler defended the players, saying the club was at fault for not properly consulting them," the report explained.

They were not even given the choice of wearing the standard jersey, because under National Rugby League rules, all players on a team must dress alike.

The coach told reporters he accepted the players' decision.

Are professional sports teams wrong when they try to force athletes to accept and promote the LGBT agenda?
98% (1210 Votes)
2% (24 Votes)

He said, "These young men are strong in their beliefs and their convictions and we will give them the space and the support they require."

The team didn't even bother to let the players know of its social-ideology advocacy before it boasted of the new jerseys to the media.

The coach said, "Sadly, the execution of what was intended to be an extremely important initiative was poor. There was little consultation or collaboration between key stakeholders, both inside and outside the club."

Hasler said the intent was to provide support for "all diverse groups," but the poor management of the situation caused "confusion, discomfort and pain for many people."

The Christian Institute reported Sea Eagles captain Daly Cherry-Evans "warned other clubs not to force players to back specific causes."

While team owner Scott Penn claimed that the seven players would be open to wearing the rainbow jersey in the future, if properly consulted, a representative of the players said that's nonsense.

The players will not "backflip on religious beliefs," the spokesman said, and suggestions they would cave to LGBT pressure was "totally untrue."

The Institute reported, "Rev. Dr. Ma’afu Palu from the Tongan Evangelical Wesleyan Church said he was 'very proud' of the players’ stand. 'Christianity takes a very strong root in our people,' he explained. 'Whatever the Bible says is very authoritative to us.'"

A similar exhibition of courage appeared in the United States earlier in the year, when five Tampa Bay Rays baseball players refused to be forced to promote the LGBT lifestyle choices.