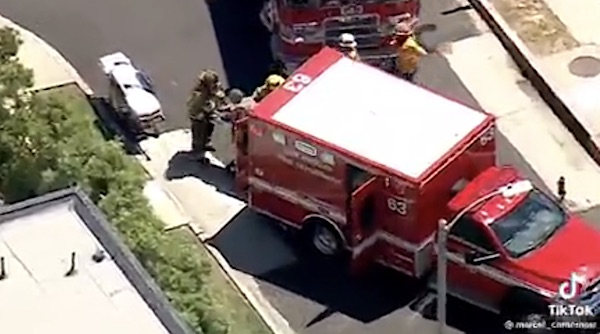 The scene of Anne Heche's car crash shows a person sitting up on a stretcher. (Video screenshot)

Coverage was mostly focused on condemnation of Heche, then it turned to reportage that she was not “expected” to survive, then that she had died.

But something is off. The sheer intensity— the propaganda smoked burnish and zeal of the coverage. Why?