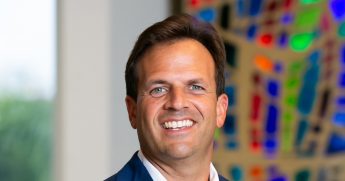 Several years ago, North Carolina Supreme Court Chief Justice Paul Newby sparked a significant public debate when he said that our "religious liberties are hanging by a thread."

As the president and CEO of D. James Kennedy Ministries, and the pastor of Coral Ridge Presbyterian Church in South Florida, I'm concerned about the curtailing of religious liberty and the negative effects of this trend on all citizens – religious and non-religious alike.

The First Amendment to the United States Constitution declares that "Congress shall make no law respecting an establishment of religion, or prohibiting the free exercise thereof." The Constitution is clear: Religious freedom extends not only to beliefs, but also public actions based on those beliefs.

Yet, in spite of religious liberty's enshrinement in the Constitution, a number of political trends and Supreme Court rulings have diminished its legal stature. Chief among these threats is the effort to redefine religious liberty itself. Progressives have made a concerted effort to reduce the "free exercise" of religion either to private piety or the semi-public worship that takes place within the four walls of a church building.

In fact, this progressive trend can be seen in Supreme Court rulings such as Obergefell v. Hodges (June 2015). In this decision, the Supreme Court not only altered the definition and nature of marriage, but also exacerbated the trend toward restricting religious liberty.

In dissent, Justice Alito wrote, "I assume that those who cling to old beliefs will be able to whisper their thoughts in the recesses of their homes, but if they repeat those views in public, they will risk being labeled as bigots and treated as such by governments, employers, and schools. …"

And that, of course, is exactly what the left-wing Southern Poverty Law Center has done to D. James Kennedy Ministries. It has smeared DJKM, branding us a "hate group" because of our public support for marriage as the Bible defines it – one man and one woman for life.

On our culture's current trajectory, one set of deeply held convictions – those adopted by today's secular progressivism – will be granted complete freedom in the public square while other religions will be barred from participation. This does not constitute "free exercise" in any sense.

Thus, in response to the narrowing of religious liberty, American citizens must leverage the various opportunities available to us – coffee shop conversations, blogposts, voting decisions – to make known that we support religious freedom in its fullest sense. Let me suggest three points each of us should be making.

First, we must argue that religion cannot be restricted to the private realm. Beliefs about religion are heartfelt and personal, and precisely for that reason they also radiate outward into our speech and actions. This is true for people who worship the God of Jesus Christ or the Allah of Muhammad, for those who are atheist or agnostic with respect to religion. We should fight for the right of all people to exercise their religious beliefs (unless, of course, their "exercise" poses a clear and present danger to other citizens).

Second, we must argue that religion cannot be coerced. No single religion – whether it be Christianity or secular progressivism – should seek to force other-believers to fit in its mold. Just as Christians shouldn't demand that secular business owners pay for their employees to receive biblical counseling, in the same way, secular persons shouldn't compel Christians to pay for abortifacient contraceptives or bake cakes for weddings they don't support.

Third, we should argue that religion cannot be replaced. Religious belief serves as the natural counterbalance to government. It alone has the heft to keep government in check, to prevent government from encroaching upon every square inch of society and culture. Why do you think Russia, China and Saudi Arabia – three nations the U.S. State Department lists among the world's worst violators of religious freedom – are so nervous about religious liberty? Religion is the only real safeguard against authoritarianism.

Let us recognize reality. The movement to restrict religious liberty doesn't exist in a vacuum. We live in an age of authoritarian impulses. If our fellow citizens are motivated to restrict religious liberty because they have seen the excesses of Christian populism, we should encourage them to reflect upon the horrors of an ascendant secular populism.

Cut off from the ultimacy of a just and authoritative God, secular societies are more – rather than less – prone to injustice. Religious liberty truly is necessary for the preservation of justice and freedom.

Rev. Robert J. Pacienza is Senior Pastor of Coral Ridge Presbyterian Church in South Florida, and President and CEO of D. James Kennedy Ministries (djameskennedy.org). He is the author of the new book, "The Hope of the World: Christian Cultural Engagement in a Secular Age."