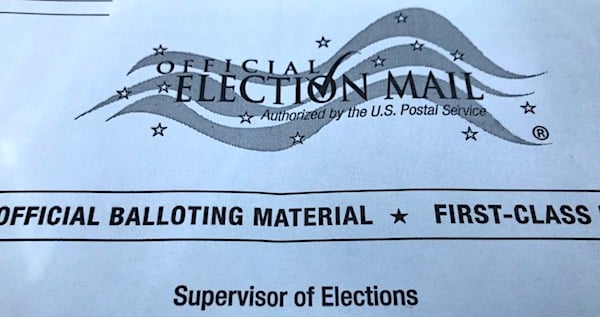 A new report at the Gateway Pundit is warning that in only three weeks, states will be allowed to destroy the evidence that the 2020 presidential election was stolen.

And, the report explains, it's time to petition to have that evidence preserved.

It's because of a federal law that requires documentation from the election be kept for 22 months.

"The 2020 election was one of the worst events in U.S. history. It will be remembered as the day the U.S. Constitution was broken and fraudsters stole our election. In less than three weeks all evidence from that election will be destroyed," the report explained.

"The 2020 election was arguably the most damaging event in U.S. history and certainly the most horrific in modern times. The U.S. Constitution was discarded as villainous and power-hungry people planned for and eventually stole the election. Then they worked hard to cover it up."

WND has reported multiple times on the red flags that came out of that vote.

In fact, WND reported when senior legal correspondent Margot Cleveland of The Federalist explained that factors that "rigged" the 2020 results included "every illegal drop box placed in Democrat-heavy precincts," and "when the Pennsylvania legislature unconstitutionally authorized no-excuse absentee voting and when Philadelphia clerks illegally inspected ballots and then told Democrat activists which voters needed to cure their ballots for their votes to count," and when "Wisconsin election officials ignored the state election code, telling voters they were 'indefinitely confined' because of COVID and that nursing homes could ignore Wisconsin’s requirement that special voting deputies oversee elections in residential facilities."

Then John Daniel Davidson, senior editor at The Federalist, warned that the 2024 election is being rigged "right now in plain sight."

The 2020 results weren't stolen "so much as rigged months in advance to give Joe Biden an advantage that all but guaranteed his victory, the 2024 election is being rigged to ensure that Trump either cannot run or, if he does run, cannot win."

About that FBI operation, reportedly concerning documents that Trump already was cooperating with authorities to sort through, "No serious person believes that a documents dispute was the real purpose of the raid. The idea that the FBI would search the home of a former president and potential 2024 GOP candidate over an ongoing (and not uncommon) disagreement over presidential records with the National Archives is absurd on its face."

That "makes zero sense," he confirmed.

The Gateway Pundit explained, "It took the Democrats and their senile candidate with a lot of help to steal the election. It never could have been done, however, without the assistance of the corrupt media, corrupt Big Tech, corrupt Trump-haters in the GOP, the corrupt DOJ and the corrupt FBI. Also, numerous individuals and state governments were involved."

The report said, "22 months after the 2020 Election will be September 3rd, 2020.
It’s up to Americans to petition their courts to have all the information saved for historical purposes. More and more information is uncovered every day. The election was stolen because it never should have been certified."

It was Cleveland's analysis that pointed out the influence that "rigged" 2020 "with every dollar of Zuck Bucks designed to get out the Democrat vote."

"The election was rigged when Georgia rendered the election code’s mandate of signature verifications inoperable and the state court delayed a hearing on Trump’s challenge to the Georgia outcome until after the vote certification, thereby ignoring evidence that more than 35,000 illegal votes were included in the state’s tally – more than enough to require a court to throw out the election."

Cleveland said rigging was evident "when the press refused to bare the secret that Hunter Biden provided his dad, the 'Big Guy,' a 10 percent kickback from the various millions made in a pay-to-play scandal," "when Twitter blocked the New York Post’s reporting on the Hunter Biden laptop and the material uncovered from its hard drive and then when every elite media outlet ignored the story," "When the same legacy and social media outlets that censored the explosive Joe Biden scandal instead promoted the false claim that the Post’s reporting was Russian disinformation" and "when the lapdog media outlets pantingly ran the Russia disinformation cover story to protect Joe Biden, knowing Attorney General William Barr’s Department of Justice would not leak the truth, but would instead preserve its independence and remain silent while the corrupt press lied to the American public."