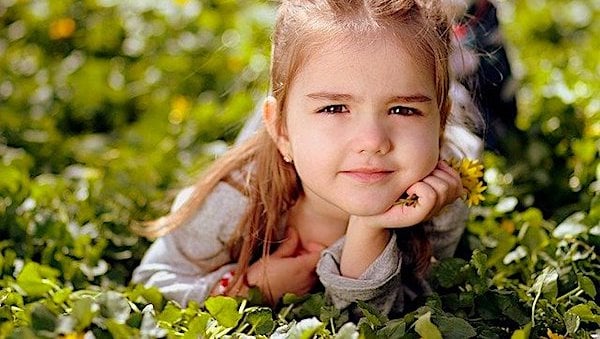 For all the talk of Roe v. Wade being overturned this year in Dobbs v. Jackson Women’s Health, those who follow abortion issues closely understand that Roe was 90 percent overturned in 1992, when the Supreme Court rewrote abortion law in Planned Parenthood v. Casey. The Casey ruling and its Pennsylvania connections form a major chapter in the history of abortion law in America.

Whether it has to do with the state’s diversity and changeable politics or its unusual collection of pro-life Democrats and pro-choice Republicans in elected office, Pennsylvania has long been at the forefront of the abortion question. The post-Roe landscape was largely shaped by Pennsylvanians.

After the Supreme Court’s Roe decision in 1973, Pennsylvania made its first legislative attempt to address the newly invented right to abortion with the Abortion Control Act, passed the following year. The act included parental and spousal-consent provisions, as well as a ban on post-viability abortions and on abortion advertising. The Supreme Court struck down the post-viability ban in Colautti v. Franklin in 1979, finding it unconstitutionally vague (other parts of the law had been voided earlier, in lower-court proceedings).

The state legislature tried again to rein in Roe in 1978 by preventing the state from paying for abortions through Medicaid. This move, too, was struck down, this time by the Third Circuit, in Roe v. Casey in 1980. The appellant in that case was the then-state treasurer, Robert Casey Sr., who, before long, would become the leading member of a now nearly extinct faction of pro-life Democrats.

In 1981, the state legislature again tried to limit abortion. After vetoing a previous version, Governor Dick Thornburgh signed the Abortion Control Act of 1982. The law included a 24-hour waiting period and various informed-consent provisions to let mothers know that they would be entitled to welfare and child-support benefits if they decided to have their babies. Once again, courts intervened; the Supreme Court struck down the law in 1986’s Thornburgh v. American College of Obstetricians & Gynecologists.

By this time, the pro-Roe Supreme Court majority had dwindled to five justices. Justice Sandra Day O’Connor, in particular, had found the Thornburgh majority to be lawless, writing in dissent that the decision “makes it painfully clear that no legal rule or doctrine is safe from ad hoc nullification by this Court when an occasion for its application arises in a case involving state regulation of abortion.”

Based on O’Connor’s dissent in Thornburgh and changes in the Court’s membership, many thought that Pennsylvania’s new and improved Abortion Control Act of 1989 – signed into law by Governor Casey – would be upheld by the Court, spelling the end of Roe.

They were right, though not exactly as they had envisioned.

Planned Parenthood v. Casey was argued before the Court in April 1992. The attorney for the pro-abortion side took a hardline position, demanding that the Court either uphold Roe in all its particulars or strike it down entirely. According to her biographer, Evan Thomas, O’Connor was “irked” by this “all-or-nothing” approach. In conference, Chief Justice William Rehnquist found five votes to support overturning Roe and began writing the opinion that would do so.

But it was not to be. O’Connor changed her mind and joined Justices Anthony Kennedy and David Souter to craft an opinion that preserved Roe’s “essential holding” (that the Constitution protects a right to abortion) but rewrote all the shoddy legal reasoning that led to it. Justices John Paul Stevens and Harry Blackmun (Roe’s author) joined in enough of that opinion to make it the new law of the land. Pennsylvania’s law was mostly upheld, then, because it did not constitute an “undue burden” on women seeking abortions.

That new standard remained the law of the land until this year, and the Abortion Control Act remains the law in Pennsylvania. Planned Parenthood v. Casey was meant to forge a more manageable judicial standard, ensuring that people knew what the law actually was, rather than having to guess at what the courts would hand down from case to case. In that regard, it was clearly a failure. Abortion cases continued to fill federal courts, and state legislatures continued to write laws that matched the people’s will, even when it conflicted with what the courts said.

The attorneys arguing Dobbs saw this problem and issued a similar challenge to the Court as Planned Parenthood’s lawyer did in 1992: uphold Roe and Casey or strike them down. This time, the challenge was answered. Again, the change in court membership surely played a role. But the continuing failure of Casey to provide any clarity or legitimacy to abortion jurisprudence must have helped convince any wavering justices in the majority that no court-imposed compromise was possible.

Now abortion law returns to state legislatures, where such matters typically belong. Pennsylvanians will again play a role in its evolution, as we will soon be called on to vote for state constitutional amendments on abortion. But no longer will the idiosyncrasies of this state’s legislation be made to determine federal law in the other forty-nine.

Kyle Sammin is the editor-at-large at Broad + Liberty and co-host of the “Conservative Minds” podcast. Follow him on Twitter: @KyleSammin.