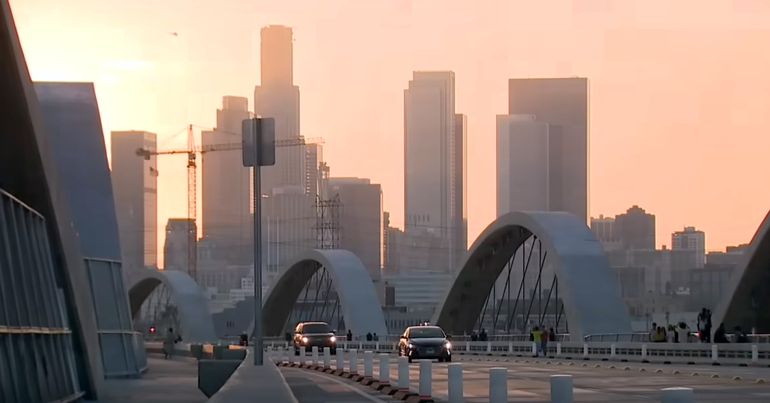 Since opening to traffic just last month, the Sixth Street Viaduct, or 6th Street Bridge, has been shut down several times by the Los Angeles Police Department while being plagued by dangerous stunts, street takeovers and other dangerous activity.

Videos posted to social media show cars performing donuts in the middle of the road, crashes and people scaling the archways of the bridge.