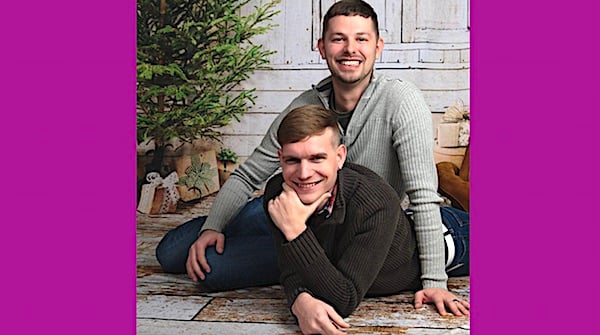 Two Georgia men, "married" to each other, are facing charges now of using for child pornography the two young brothers they had had moved into their home on the grounds of adoption.

"The facts at hand are about as revolting as they can possibly be," explained Robert Spencer in a column at his website, JihadWatch.

"The case raises numerous questions that will never be answered because no one will dare to raise them."

The basic facts, according to WSB-TV, are that married husband and husband William Dale Zulock, 32, and Zachary Jacoby Zulock, 35, were arrested and are facing child sex crimes charges "for acts deputies say they committed against their adopted children."

Deputies, accompanied by officials with the county Division of Family and Child Services, responded to the second location "to help protect the two children in the home."

Investigators found evidence the two husbands "were recording themselves committing sexually abusive acts against the children."

Explained Spencer, while county officials say the young boys now are "safe," "they're obviously a bit late to protect them from the major trauma they have already gone through."

That's because investigators confirmed "the adoptive fathers of the boys 'were engaging in sexually abusive acts and video documenting this abuse.'"

The suspects are in jail, on counts of "aggravated child molestation, sexual exploitation of a child and enticing a child for indecent purposes."