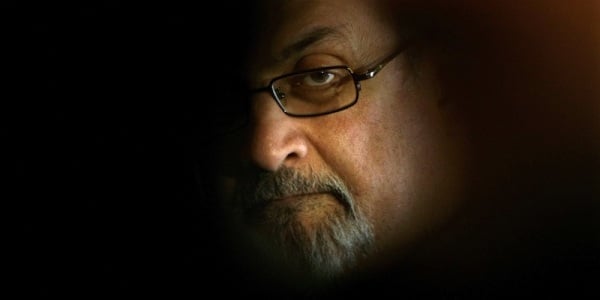 (NEW YORK POST) – Author Salman Rushdie, whose work has earned him death threats, was stabbed in the neck at a literary event in upstate New York Friday, when an assailant stormed the stage soon after his introduction.

Rushdie, who was scheduled to talk at the Chautauqua Institution in Chautauqua, N.Y., some 75 miles south of Buffalo, was rushed to a nearby hospital by helicopter, the New York State Police said in a statement. The author’s condition is unknown.

A New York Trooper assigned to the event immediately took the assailant into custody.