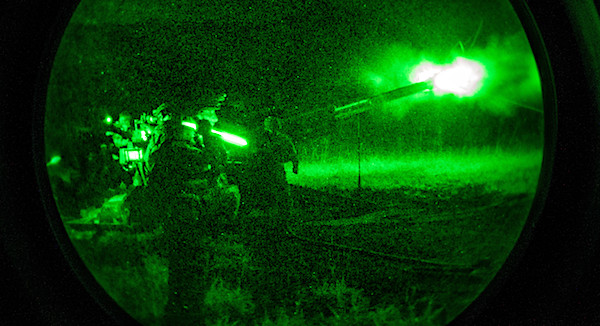 Pandemic-era school lockdowns may have lowered the pool of potential service members that meet the minimum academic standards for Army accession, contributing to an ongoing recruiting crisis as the U.S. faces intensifying threats from abroad, according to experts.

With the Army slated to miss its recruitment goals by as much as 25% in 2022 and only 23% of 17 to 24-year-olds Americans eligible for enlistment, the Army faces a historic recruiting crisis, according to the Associated Press. The Army has resisted lowering educational standards, even scrapping a plan to drop the high school education requirement in June, but it still grapples with the lingering effects of COVID-19 on its ability to build a force capable of engaging powers like China or Russia.

School shutdowns and remote learning policies implemented during the COVID-19 pandemic in 2020 and 2021 lowered Armed Services Vocational Aptitude Battery (ASVAB) scores by as much as 9% according to preliminary data, Army Headquarters spokesman SFC Anthony Hewitt told the DCNF.

The National Bureau of Economic Research found in 2021 that remote learning lowered test scores across the board. Passing rates in math fell by an average of 14.2 percentage points, while a smaller impact was seen in English and liberal arts scores.

“What you want is a soldier who… is reasonably intelligent and can kick in doors and do push ups,” Col. (Ret.) Johnny W. Brooks, who formerly headed the largest Army training brigade, told the DCNF. “And those kinds of kids have never come in large abundance anywhere.”

In a military environment increasingly reliant on technology, academic proficiency is more important than ever, according to Brooks. Perhaps more important, however, is the “sticking” skills a completing a high school or better education teaches students.

Academic achievement demonstrates to superiors that the recruit can persevere through hardship and is less likely to quit.

“It’s an expensive proposition, enlisting a kid, and training them, and losing them prematurely,” said Brooks.

The ASVAB pass rate has fallen from about two-thirds of applicants to one-third in recent years, Army Chief of Staff Gen. James McConville told Military.com.

Last week, I met w/ some of our great @goarmyraleighbn recruiters at the front lines of our @usarmy war for talent. They told me this new pilot will help interested recruits overcome some of the COVID pandemic challenges from the last 2.5 years and put them on a #marchtosuccess. pic.twitter.com/q3WoHU5Z88

The Army announced the creation on July 26 of a pilot prep course for potential recruits who fall just below the minimum standards in academic and physical fitness in hopes the 90-day program will propel them toward eligibility. Test score deadlines constrained the pool of available recruits, Lt. Gen. Maria Gervais said, suggesting a prep course, something the Army has utilized in the past, would help.

“It is regrettable that the Army has to do remedial education to make up for what is not being taught in schools,” Elaine Donnelly, executive director for the Center for Military Readiness, said in an email to the DCNF.

However, the program will not begin until August, and the deadline to meet this year’s recruiting objective falls in September.

The Army is dealing with the “most challenging labor market since the inception of the all-volunteer force,” according to U.S. Army Recruiting Command, with 71% of youth not qualified to serve for reasons that include mental health, drug addiction, physical fitness and aptitude.

The COVID-19 pandemic created “barriers to enlistment” that restricted the Army’s ability to reach potential recruits, who were already feeling disconnected and disengaged, according to the Army. It also contributed to a widespread reduction in general academic and physical fitness levels.

“Our military should be spending time preparing our soldiers to protect our nation, not teaching them skills they should have learned in school,” DeVos said.

A spokesperson from Army HQ said the department could not speak to school shutdowns specifically. The Department of Education did not respond to the DCNF’s request for comment.