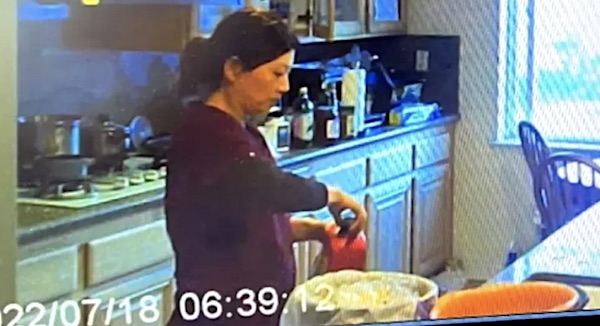 (PEOPLE) -- A California woman has been arrested after her husband caught her on camera allegedly poisoning him with Drano.

CBS Los Angeles and ABC News reported Tuesday that dermatologist Yue Yu was arrested on August 4 following an accusation by her husband, Jack Chen, that she had poisoned him on multiple occasions using the powerful drain cleaner.

The couple has been married for 10 years, according to a release from Irvine Police Department.

WND News Services
These reports are produced by another news agency, and the editors of WND believe you'll find it of interest.
Rent-a-Center crashes after pulling guidance due to collapsing 'economic conditions'
The latest on Ian's impact on the supply chain
Latest fentanyl pill bust could be largest seizure in Midwest, cops say
California now a 'sanctuary' for child sex-change surgeries
Exxon chief warns Biden is pushing for another gasoline price spike
See more...