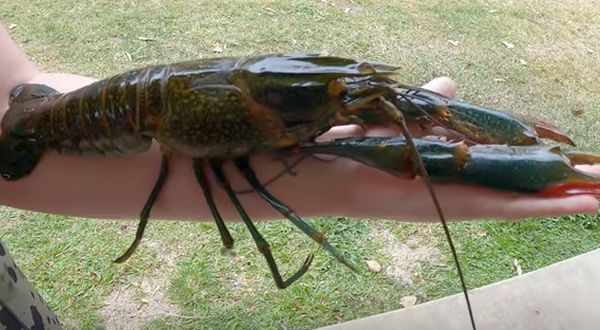 (FOX WEATHER) – Be careful about what you're adding to your next crawfish boil as an invasive crayfish has been found in Texas.

The Texas Parks and Wildlife Department says that the Australian Redclaw Crayfish showed up this year in Brownsville. Researchers first found them over the winter, and then they reappeared in July along a two-mile stretch between an apartment pond and a wetland area. This is only the second time scientists have found the crustacean in the wild in the continental U.S.

"We don’t know when these invasive crayfish were first introduced or how far they have spread, but we do know they can have a negative effect on local species and biodiversity," said the department’s aquatic biologist, Archis Grubh, in a press release. "Spreading the word about this invasive species and reporting sightings to TPWD can help us better understand where it is distributed and potentially take steps to help prevent its spread."