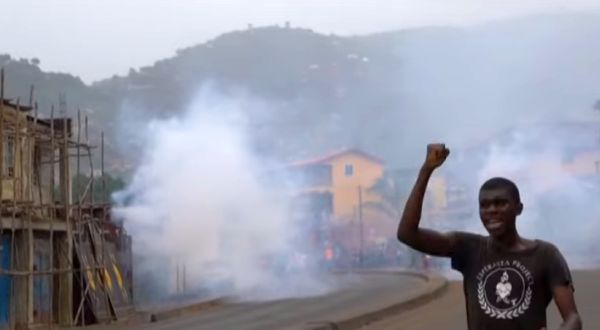 (FRANCE 24) – At least two police officers and one civilian died after a day of anti-government protests in Sierra Leone’s capital, Freetown, staff at the city’s main mortuary said on Wednesday.

Sierra Leone’s government previously said there had been deaths, but did not say how many, as protesters threw rocks and burned tyres in the streets out of frustration at worsening economic hardship and other issues.

The West African country, which has been struggling with rising inflation and a fuel crisis, imposed a nationwide curfew from 3 p.m. local time (1500 GMT) in a bid to stem the violence.