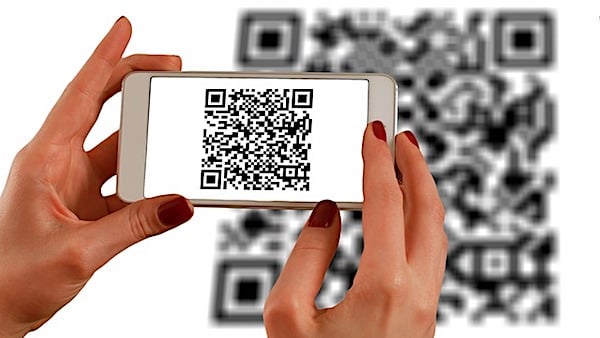 Students in a school for arts in the United Kingdom are being instructed by officials that they are to report teachers who use "microaggressions" by using a special QR code they can scan on their electronic devices.

The development is coming at the London Academy of Music and Dramatic Art and informs students to use the digital reporting system to "anonymously accuse teachers and tutors of committing" those offenses.

A report at Breitbart pointed out that the most disadvantage groups in the British education system are white working-class boys and men.

However, due to the surging demands of the far-left Critical Race Theory and other progressive ideologies, the government has stepped up efforts to erase dissent.

The report explained students can use those QR codes, which are posted in classrooms, and that takes them directly to a reporting form for school microaggressions.

There they'll describe the "alleged instance," and even suggestion punishment for the "supposed perpetrator."

Microaggressions, Merriam-Webster reports, are comments or actions "that subtly and often unconsciously or unintentionally express[] a prejudiced attitude toward a member of a marginalized group (such as a racial minority)."

Hollywood actor Benedict Cumberbatch, is president of the school, and a school spokesman claimed to the Telegraph that the program had been installed, but it was "only a trial" and the QRs were taken down.

But the officials confirmed the school is planning to have, soon, a permanent reporting system for those offenses.

The Free Speech Union condemned the scheme as a sort of spying.

"Such a form of monitoring was reportedly described by the group as being 'particularly insidious' due to it 'openly cultivat[ing] a culture of fear-induced blandness,' leaving teachers at the mercy of 'the most hyper-sensitive (or vexatious) student in the seminar room,'" the report explained.