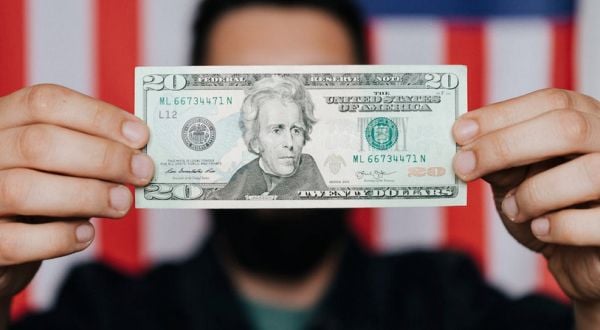 The Biden administration’s move to cancel student debt for certain borrowers could cost taxpayers over $300 billion over the next ten years, according to a Tuesday report by economists at the University of Pennsylvania’s Wharton School of Business.

The Aug. 23 report, titled “Forgiving Student Loans: Budgetary Costs and Distributional Impact,” was released one day before Biden announced efforts to cancel $10,000 of debt for borrowers making less than $125,000 a year. Biden also announced he would cancel an extra $10,000 of debt for Pell Grant recipients, primarily low-income college students, while extending the pause on student loan repayments to Dec. 31 and capping undergraduate loan repayment at 5% of monthly income – policies that the report did not address.

Biden’s move, excluding Pell Grant forgiveness, will cost taxpayers $300 billion, according to the analysis. If the administration’s program was to be stretched out beyond the 10-year budget window – the standard time frame for federal fiscal planning – the cost would increase by 10%, to $330 billion.

The report also estimated the cost of canceling $50,000 in student debt – a move demanded by some Democrats, including Senate Majority Leader Chuck Schumer – as $980 billion over a ten-year period.

The report’s release prompted critics of the administration to escalate attacks on the plan, citing it to claim that the fiscal impact of the measure would not be sustainable.

House Republicans on the Ways and Means Committee, which oversees fiscal legislation, stated via their Twitter account that the plan would “benefit top earners and highly educated grads” while worsening inflation. Will McBride, vice president of federal tax and economic policy at the Tax Foundation, called the numbers “more fuel on the fire of inflation.”

While 87% of American adults don’t have student loans, Biden’s student loan giveaway would benefit top earners & highly educated grads most & worsen inflation, according to new analyses by the University of Penn Wharton Budget Model and the @BudgetHawks.https://t.co/hIxzoaVQnI

Meanwhile, analysis released by the Committee for a Responsible Federal Budget projected that the plan would negate most deficit reduction measures of the Inflation Reduction Act, a scaled-back version of Biden’s signature ‘Build Back Better Act’ that failed to pass Congress. Simply extending the pause on repayments to December, it projected, would eliminate $20 billion of the bill’s deficit reduction, while cancelling $10,000 of debt for borrowers making under $125,000 a year would curb it by $96 billion.

⚫️ Add up to a quarter point to inflation

Despite this criticism, the administration has considered cancelling student debt for months, following up on a campaign pledge by Biden. An NPR/Ipsos poll conducted in June found that 55% of Americans supported a plan to cancel $10,000 in student debt.

Neither the White House nor the Department of Education have responded to the Daily Caller News Foundation’s requests for comment.