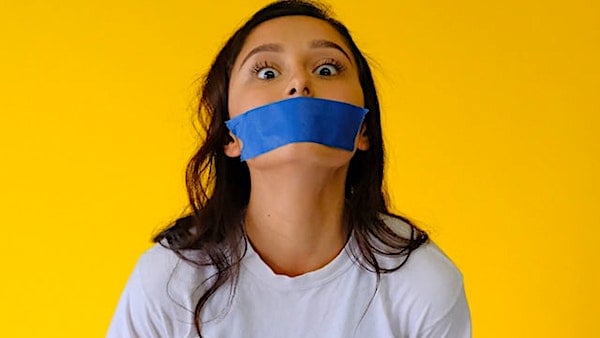 (Photo by Brian Wangenheim on Unsplash)

Transgender activists have accused Libs of TikTok and other prominent Twitter users of engaging in “terrorism” in an attempt to have them removed from the platform for criticizing child sex change procedures.

“In the last 5 days, Libs of Tiktok has tweeted and retweeted 14 posts about Boston Children’s Hospital. As a result, BCH providers are being inundated in death threats and harassing calls and emails,” Caraballo wrote. “It’s now affecting their services. This is stochastic terrorism, full stop.”

The post was retweeted by Ari Drennen, LGBTQ Program Director at the left-wing activist organization Media Matters, along with several other posts expressing concern about criticism of the hospital posing a potential safety threat.

How much of a giant piece of shit do you have to be to take pride in sending your legion of followers to attack, harass, and threats doctors at a Children’s Hospital?

“I once again ask, when will Twitter do something about this account and their ability to rile up massive harassment campaigns against their targets? Last time it was Nazis at pride and drag events. This time it’s threatening pediatricians,” Caraballo wrote.

Caraballo said there was a link between Libs of TikTok’s tweets and real-world violence against LGBT people, but that Twitter was ignoring the account because of policies in place related to Elon Musk’s attempt to buy the company.

“Matt Walsh, LOTT, Christopher Ruffo, and Billboard Chris continue to wage a stochastic terror campaign against Boston Children’s Hospital and Children’s Hospital of Pittsburgh. As a result, service is being interrupted and workers are being threatened. Twitter must stop this,” transgender activist Erin Reed wrote.

As a result, service is being interrupted and workers are being threatened.

Twitter permanently suspended commentator James Lindsay Aug. 5 after Drennen, Caraballo and other transgender activists engaged in a similar campaign over Lindsay’s use of the word “groomer,” which describes adults who form inappropriate friendships with children in order to prime them for sexual abuse, but has also been used to refer to those who expose young children to sexual content regarding gender identity and sexuality.

Twitter, Media Matters, Caraballo and Reed did not respond to the Daily Caller News Foundation’s requests for comment.