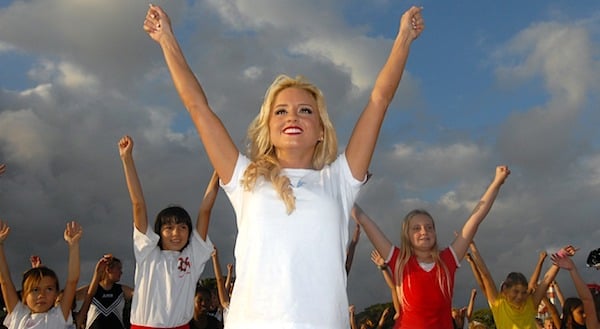 Averie Chanel Medlock, a transgender cheerleader, was kicked out of a Texas cheer camp after allegedly choking a teammate, according to Fox News.

Police were called to Ranger College in Texas on July 21 to respond to a dispute between team members, according to Fox. Police gave Medlock a citation for assault by physical contact and Medlock was removed from the property, according to local outlet Big Country Homepage, which obtained the citation.

“A girl on the team was being very disrespectful and told me I am a MAN with a PENIS and that [guys] should not be on the team,” Medlock wrote on Facebook, according to Fox. “I stood up for myself and she called her mom and dad because she was scared because I [stood] up for myself. Her father said ‘she still has testosterone and a penis and I will kill anyone who comes after my daughter.’”

Medlock denied choking the girl in a Facebook post and shared a video of an interaction in which Medlock argued with the girl and her friends from outside her bedroom door, claimed the alleged assault was just a joke, told the girls to come out of the room and demanded to be let into the room.

“Y’all are f***ing taking it out of proportion, I was just joking with Karleigh,” Medlock said in the video.

Medlock told the girls they were only teammates and no longer friends.

“Bitch, come outside then,” Medlock told one of the girls in the room who had entered into the argument.

Medlock claimed a teammate had made transphobic and racist comments before the incident, according to Fox. The father of the girl who said she was choked has pushed for CCTV and body camera footage of the event to be released.

“I ask you what you would have done when receiving a phone call at 1 o’clock in the morning from your daughter stating they had locked themselves in the room with other girls,” the father, Mike Jones, wrote on Facebook, according to Fox. “At no time did I ever say anything about your race or your gender.”

Ranger College did not respond to the Daily Caller News Foundation’s request for comment. Medlock sent the DCNF a link to a New York Post article in which Medlock denied any physical altercation had occurred.