Whom do conservatives prefer to be their presidential candidate in 2024?

The clear answer to that question is Donald Trump, who devastated the would-be competition in a straw poll Saturday by the Conservative Political Action Conference, or CPAC.

The former president collected a whopping 69 percent of the vote at CPAC's conference in Dallas, followed by Florida Gov. Ron DeSantis at 24 percent.

No one one else was even close, as U.S. Sen. Ted Cruz, R-Texas, came in third with 2 percent.

The New York Post reported: "The results show that despite being banned from Twitter and fading from national headlines, the former president would remain the odds-on favorite to win the nomination in November should he decide to run."

J.D. Rucker at the Liberty Daily noticed one big-name Republican was virtually non-existent in the poll's results.

"Hmm. A name seems to be missing," Rucker explained.

"Those who get their news from corporate media or receive fundraising emails from various Republican Establishment groups might have assumed Mike Pence’s name would be there. After all, he's been touted by the likes of Fox News as a 'likely frontrunner' or 'early favorite' for the 2024 nomination should he choose to run. 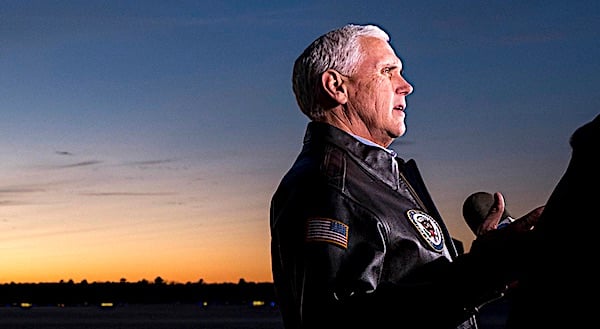 "That's what they want you to think. Pence finished an abysmal 10th with 0.2 percent of straw poll votes.

"The Trump-hating Uniparty Swamp desperately wants Trump (and DeSantis, for that matter) to be eliminated from running in 2024. They want Pence, Haley, or one of their RINO favorites to lead the party and the nation. That's not going to happen."