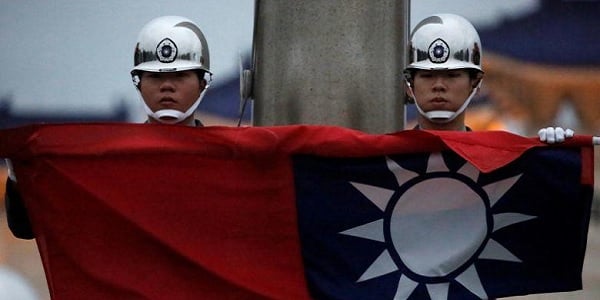 The U.S. and Taiwan agreed Tuesday to start formal trade talks according to a bilateral initiative launched in June, as China threatens decisive action over the two countries’ deepening economic ties.

The U.S. Trade Office deputy representative Sarah Bianchi announced an “ambitious schedule” to achieve “meaningful outcomes” on the trade areas included in the U.S.-Taiwan Initiative on 21st-Century Trade, saying the discussions would begin early in the fall. The talks come as China has increased pressure on the U.S. to acknowledge its sovereignty over Taiwan after several prominent members of congress visited the island’s leaders in August.

The U.S.-Taiwan Initiative “is intended to develop concrete ways to deepen the economic and trade relationship, advance mutual trade priorities based on shared values and promote innovation and inclusive economic growth for our workers and businesses,” the Trade Office said in a June statement unveiling the agenda.

The negotiating mandate encompasses 11 areas of discussion, including trade, anti-corruption and ways of managing the “distortive practices” of state-owned enterprises and other non-market behaviors.

The United States and Taiwan, under the auspices of the American Institute in Taiwan (AIT) and the Taipei Economic and Cultural Representative Office in the United States (TECRO), will commence formal negotiation on the U.S.-Taiwan Initiative on 21st-Century Trade.

China’s top trade negotiator said he hoped the discussions could lead to a Free Trade Agreement with the U.S., Reuters reported. He also said Chinese economic coercion, like when China downgraded diplomatic ties with Lithuania and sanctioned officials, would also feature in discussions.

“Its economic coercion targets are not just the United States or Taiwan, it’s done to a lot of countries. Its harm to the global economic and trade order is great,” Deng told Reuters.

The U.S. does not have formal diplomatic relations with Taiwan or recognize its independence from China; however, the U.S. does engage in separate trade and defense relationships with the self-governing island.

“Taiwan is a significant, strategic, and reliable partner on technology, trade, and economic issues, underscoring why aligning Taiwan closely with U.S. interests is so important. In addition, U.S. support of Taiwan could potentially expand opportunities for collaboration between the U.S., Taiwan, and other economies in the Indo-Pacific,” the U.S.-Taiwan Business Council said in response to the initiative.

In 2021, the island of 23 million people was the U.S.’ eighth-largest trading partner, and the U.S. is Taiwan’s second-largest behind China, according to the Council. Taiwan supplies nearly all of the semiconductors and advanced electronics used in Apple products and has partnerships with U.S. electronics companies, including Apple, Qualcomm, and Nvidia.

“The US must not negotiate agreements with sovereign implication or official nature with China’s Taiwan region or send any wrong signal to the ‘Taiwan independence’ separatist forces in the name of trade and economic interactions,” Chinese Foreign Ministry spokesperson Wang Wenbin said in a press conference Thursday.

The Taiwanese Foreign Ministry and the U.S. State Department did not respond to the Daily Caller News Foundation’s request for comment.