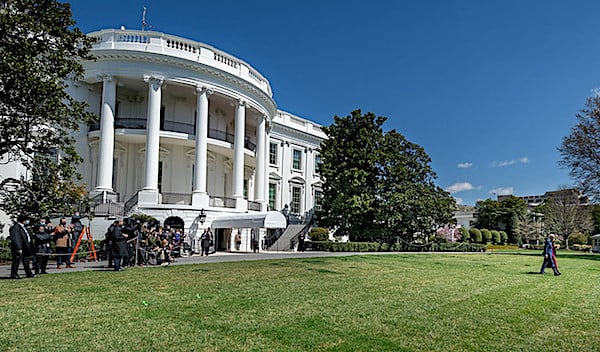 The U.S. State and Treasury Departments announced sanctions of four Hong Kong-based companies Monday for their alleged sale or transport of Iranian oil less than a day before House Speaker Nancy Pelosi’s visit to Taiwan.

Pelosi arrived Tuesday morning in Taiwan, despite significant pressure on President Joe Biden from China to stop the trip. The announcements from the State Department and Treasury Department declined to mention the national origins of three Hong Kong-based sanctions targets.

The sanctions “generally prohibit all dealings by U.S. persons” with affected entities, denying them access to the U.S. economy, according to the Treasury Department. The sanctions also affect any subsidiaries or “entities that are owned, directly or indirectly, 50 percent or more,” by the targeted companies.

Biden spoke with Chinese President Xi Jingping in a lengthy phone call last Thursday, and stressed that the United States did not seek to upset the status quo regarding Taiwan, according to the Daily Caller.

In similar Iran-related sanctions from July 6, the Treasury Department specifically stated that Lustro Industry Limited was a “Hong Kong-based front company,” and specified the national origin of all other affected companies. The State Department’s related announcement specifically mentioned the fact that the Treasury Department was going to announce sanctions against “eight entities and two individuals located in Iran, Hong Kong, and the UAE.”

.@SecBlinken: Economically, the sanctions we’ve imposed on Russia to end its aggression are having a powerful and also growing effect. pic.twitter.com/QyfnA715ka

“The United States has been sincere in pursuing a path of meaningful diplomacy to achieve a mutual return to full implementation of the Joint Comprehensive Plan of Action (JCPOA),” Secretary of State Antony Blinken said in the State Department’s announcement, referring to the 2015 Iran deal. “Until Iran is ready to return to full implementation of the JCPOA, we will continue to use our sanctions authorities to target exports of petroleum, petroleum products, and petrochemical products from Iran.”

Neither the State Department nor the Treasury Department immediately responded to requests for comment by the Daily Caller News Foundation.