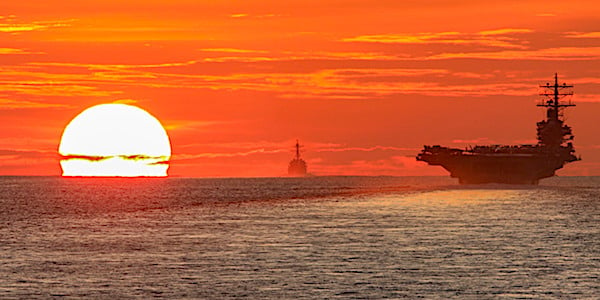 (DAILY WIRE) – U.S. Navy officials said Monday that warships would continue sailing through the Taiwan Strait in the coming days despite the Chinese Communist Party conducting several missile exercises around the island after the recent visit from U.S. House Speaker Nancy Pelosi.

The U.S. Naval Institute reports that the military would conduct “freedom of navigation operations” in the Indo-Pacific waters. Such visits recognize international law, allowing vessels to pass through foreign states safely.

“We will continue to stand by our allies and partners,” Colin Kahl, undersecretary of defense for policy, told reporters at a press conference Monday. “So even as China tries to kind of chip away at the status quo, our policy is to maintain the status quo of a free and open Indo-Pacific, which frankly is what I think most of the countries in the region would prefer.”