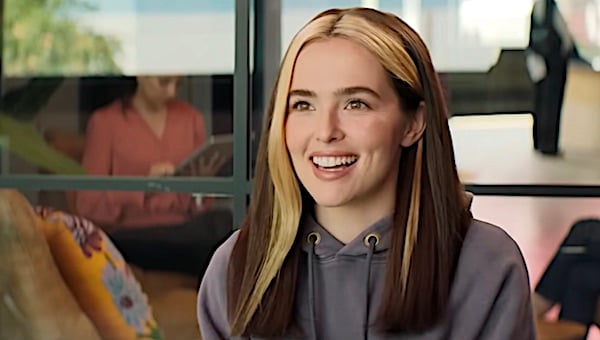 Quinn Shephard, director of the Hulu movie “Not Okay,” corrected viewers’ assumptions that a content warning about an “unlikeable female protagonist” during the opening scene of the film was a joke, according to IndieWire.

The warning was a serious response to negative feedback from test screenings in which viewers complained that the movie featured an unlikeable woman, Shephard told IndieWire. Some viewers assumed the warning was ironic; Variety called the warning a “meta-joke,” and a different IndieWire article said it was a joke that some viewers didn’t understand.

“The content warning was borne out of, to be honest, our test screenings,” Shephard told IndieWire. “We un-ironically and consistently got responses from — I’m not going to say what demographic, but you might be able to guess — people who were quite literally like, ‘Why would someone make a movie with an unlikeable woman?’”

“Not Okay” is about a young woman and aspiring online influencer named Danni who lies about being present during a terrorist attack to garner internet fame. The director views the film as a critique of white women and said that a certain “demographic” responded negatively to the main character being an unlikeable woman.

“Danni is somebody who a lot of people should see themselves in, especially young white women who are on the internet all the time” Shephard said. “She should poke at something in you that you think, ‘How can I be less of a Danni Sanders?’”

Hulu did not respond to the Daily Caller News Foundation’s requests for comment.