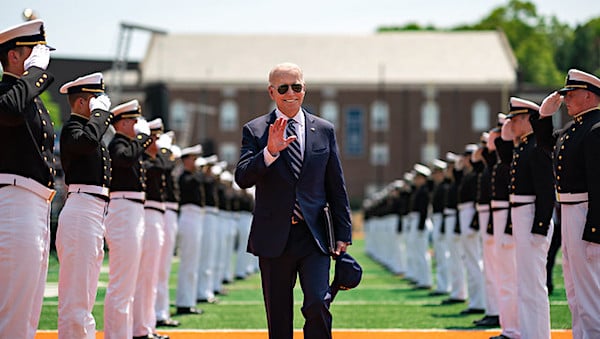 Coast Guard Academy cadets who sought a religious exemption from the mandate for the experimental COVID-19 vaccine – which has not prevented infection or transmission as promised – were given 24 hours to leave campus upon notification of the denial of their request.

After being notified of their dismissal Aug. 18, the cadets also were given no further information regarding their future in the service, reported Just the News.

"The steps taken by the Coast Guard Academy are clear religious discrimination against Christians and reflect a total disdain for the faith and constitutional rights of cadets," said attorney R. Davis Younts.

Just the News noted the seven cadets who were dismissed are still enrolled in the academy and are required to attend their military trainings online. They cannot leave the Coast Guard and seek another job, and it's too late for them to transfer to another college.

A class action lawsuit against the mandate argued the COVID vaccine is under emergency use authorization and the military can only legally force the fully approved vaccine on service members.

The complaint cites a whistleblower report to Congress last week alleging the Pfizer-BioNTech vaccine at Coast Guard medical clinics is not the Comirnaty vaccine that was fully approved by the FDA.

A cadet told Just the News that in a recorded phone call, a Pfizer representative acknowledged the FDA-approved vaccines are not being administered to anyone.

The Coast Guard, meanwhile, claims the Comirnaty doses at their clinics were the fully-approved vaccine.

The military attorney, Younts, told Just the News the "actions of the Coast Guard continue to have a devastating impact on morale and military readiness."

"Worse, these actions appear to be based on a lack of moral courage among the leaders of the Coast Guard," he said. "With the new CDC guidance, there is simply no medical or scientific justification for treating young men and women who have worked so hard to earn a commission like pariahs."

The CDC updated its guidance earlier this month, effectively treating the unvaccinated the same as the vaccinated.

Just the News also noted that in compliance with CDC guidance, the federal government has instructed agencies to stop requiring documentation of vaccination status as of Aug. 22.