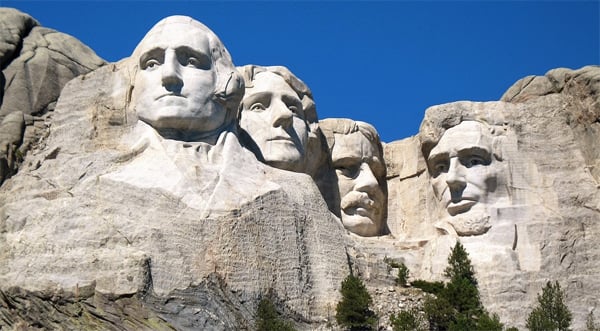 The Foundation for Individual Rights and Expression has released a statement warning that a new court ruling from the D.C. Circuit Court poses a massive threat to the First Amendment.

"Visiting D.C.? Planning to take video at the Lincoln Memorial for your YouTube channel? Not so fast. Thanks to the National Park Service and the D.C. Circuit Court, that video on your iPhone could land you in jail if your YouTube viewership generates any revenue," the FIRE statement warns.

The problem comes from a decision in Price v. Garland that affirmed the NPS scheme for requiring people to pay fees and obtain permits if any of their video actually generates revenue, such as on YouTube.

"The court drew a bewildering distinction between the act of filming and other steps in ultimately communicating through film, holding that recording video 'involves merely a noncommunicative step in the production of speech,'" the FIRE reported.

"The court’s conclusion runs counter to decades of case law finding that the process of filmmaking is expressive, and that the First Amendment equally protects the creation and dissemination of speech, both of which are essential for communication."

Warned the FIRE report: "The downstream implications of such a distinction are staggering: Ansel Adams would enjoy full First Amendment protection to exhibit his famous National Park photos, but not in taking them. A budding poet (the next Henry David Thoreau, perhaps?) heading off to the woods to write a book of poetry would be fully protected by the First Amendment in selling the book, but not in actually writing it."

Ronnie London, the general counsel for the FIRE, said, "One has to wonder how the First Amendment can fully protect your ability to distribute your movie if your right to actually make it in the first place is diminished."

London was with Davis Wright Tremaine prior to joining FIRE and represented part-time independent filmmaker Gordon Price in his lawsuit against the National Park Service.

By the "logic" of the NPS, and now the court, he said, "Backpackers who upload ‘van life’ footage of their travels to Instagram for ad revenue without a permit and paying a fee to the government deserve to be in jail."

The film, "Crawford Road," was released and the NPS ticketed him for not having a permit and paying a fee.

A trial court threw out the case as a violation of the First Amendment but when Price then sued because he had been charged with a crime, the appeals court ruled 2-1 in a decision written by Judge Douglas H. Ginsburg that filming is not a protected expressive activity.

In a dissenting opinion, the FIRE reported, Judge David S. Tatel found, "the Permit Regime applies to an extraordinarily broad group of people, ranging from large-scale filming operations, to small documentary film crews, to individuals who take short videos on their phones and later monetize this content on social media platforms."

He explained the majority's decision means "that anything from recording commentary for YouTube to filming a protest on the National Mall could be illegal without a permit if the creator intends to profit from the footage," the report explained.

He charged that the decision actually degrades "First Amendment protection for filming, photography, and other activities essential to free expression."

The dissent said, "My colleagues reimagine the public forums to protect the stumping politician but not the silent photography, to shield the shouting protester but not the note-taking reporter. These distinctions find no basis in First Amendment jurisprudence. It makes no more sense to exclude certain types of speech from public forums than it does to police which squirrels may enter a conservation easement."

He pointed out there now is a disagreement among the circuits on the dispute, a key factor when the Supreme Court considers taking on cases.

He was specific about the problems: "Before standing outside Yosemite National Park's visitor center using a cell phone to record commentary on our national parks that will air on an advertisement-supported YouTube channel, an individual must obtain a permit and pay a fee.

"Before filming a protest on the National Mall, tourists must obtain a permit and pay a fee if they have an inkling that they might later make money from this footage…"