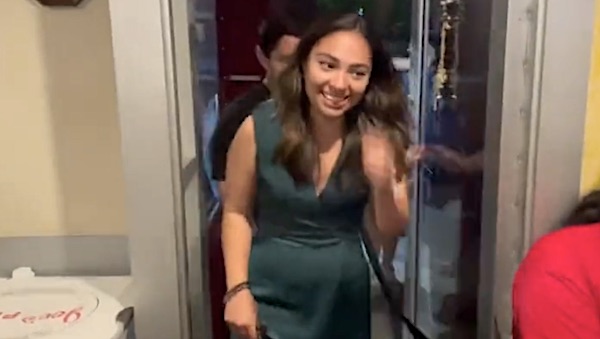 A victorious candidate for the New York state Senate declared her Tuesday night primary win as a victory for socialism in a video that is going viral.

“I know we’re saving the speeches for a little later, but today we really prove that socialism wins and we are not going anywhere,” Kristen Gonzalez, who won the Democratic nomination for State Senate District 59, said. “ We are not going anywhere and we will not stop until we see a socialist slate across this city.”

Gonzalez led opponent Liz Crowley with 58.14% of the vote, according to the Board of Elections in the City of New York. Crowley had 32.51% of the vote, finishing ahead of three other candidates.

“Neighborhoods across Brooklyn, Manhattan, and Queens resoundingly elected a 27-year-old socialist Latina to the New York state legislature,” Gonzalez said, according to QNS.com. “Tonight, we didn’t just prove that socialists can still win, but that our movement is undoubtedly growing.”

“Democrats aren’t even hiding it anymore,” Republican National Committee spokeswoman Nicole Morales told the Daily Caller News Foundation. “Claiming victory for socialism is a slap in the face to the hundreds of thousands of victims and survivors of socialism. Instead of embracing failed ideologies, Democrats should read a history book.”

Gonzalez did not immediately respond to a request for comment from the Daily Caller News Foundation.