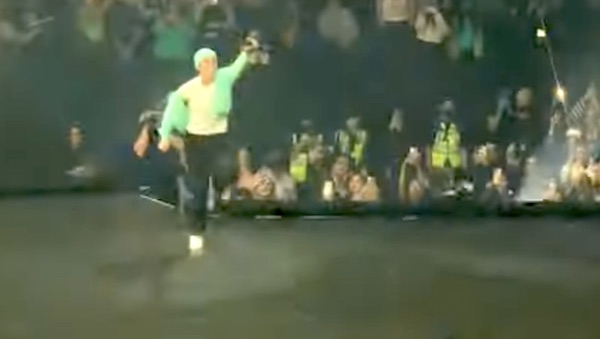 (TIMES OF ISRAEL) -- Pop sensation Justin Bieber was condemned by a leading European rabbi after making a gesture interpreted by the latter as a Nazi salute during a Tuesday concert in Finland.

But the singer’s Israeli promoters rejected the accusation, saying the gesture was only a dance move.

“Not everything has to do with the Jewish people,” they said in a statement.