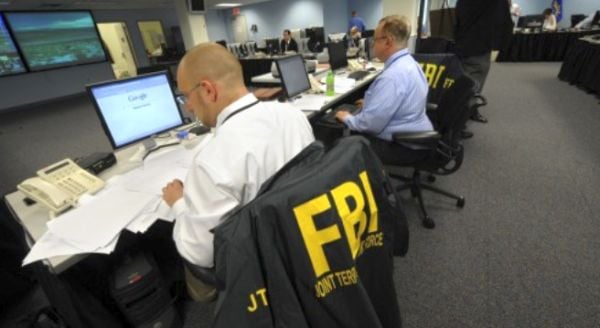 A second FBI official has been accused by whistleblowers of pressuring agents to reclassify cases as "domestic violent extremism" to boost case numbers, according to House Judiciary Committee Republicans.

Jill Sanborn, who worked at the FBI for more than two decades, was the recipient of a letter from Jordan, the committee's ranking member, and Rep. Mike Johnson, R-La., that came after the whistleblower also accused Assistant Special Agent in Charge Timothy Thibault of seeking to inflate domestic violent extremism case numbers.

When President Biden declared in a speech during his first week in office that he was ordering an assessment of the "domestic violent extremism" threat, Sen. Rand Paul, R-Ky., said he understood Biden to be referencing the entire opposition to Democrats on the right: "If you read his speech and listen to it carefully, much of it is thinly veiled innuendo, calling us white supremacists, calling us racists, calling us every name in the book."

Jordan, in a July 27 letter to FBI Director Christopher Wray, said FBI officials "are pressuring agents to reclassify cases as 'domestic violent extremism' even if the cases do not meet the criteria for such a classification."

Since then, according to Grassley, Wray informed the senator that Thibault will no longer be making decisions about which investigations the FBI should pursue.

The letter from Jordan and Johnson requests that Sanborn appear before the committee to testify about the allegations. Sanborn is not legally required to appear.

In testimony to Congress last year before leaving the FBI, she said "domestic violent extremists will continue to pose an elevated threat of violence to the United States."

See a clip of Sanborn's testimony:

FBI's counterterrorism Chief Jill Sanborn: "2019 was the most fatal year for domestic violent extremist attacks since the Oklahoma City bombing in 1995."

Allegations that the FBI's decision-making is politically motivated have taken center stage in the aftermath of the bureau's raid Monday of former President Trumps Mar-a-Lago estate.