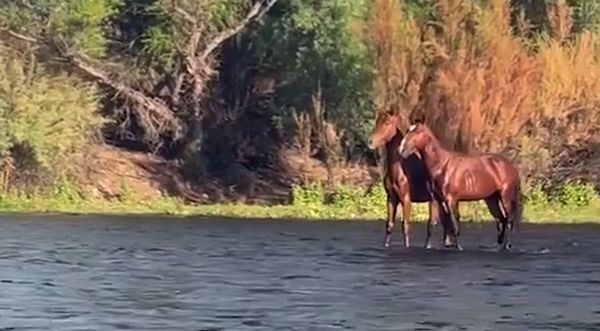 The viral clip was recorded by Kelli Rogers last month while she was paddleboarding with her two grandchildren on the Salt River in Tonto National Forest, Arizona. During the expedition, the intrepid nana noticed the two majestic animals standing in the shallows of the river and whipped out her phone to film them.

Rogers was left stunned when she watched the footage back and saw that the horses appeared to be floating along the surface of the water.