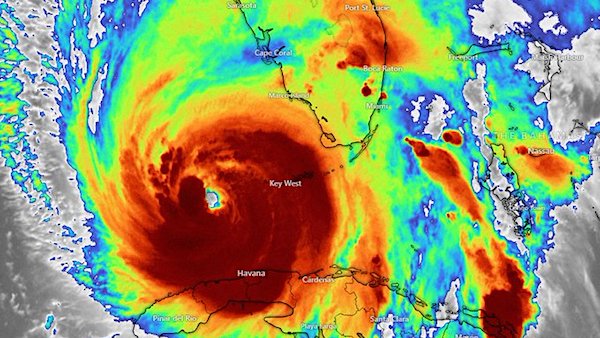 (FOX WEATHER) -- At least 2.5 million Floridians are currently under some type of evacuation order as Hurricane Ian rapidly intensified into a major hurricane on Tuesday.

"There's still uncertainty with where that exact landfall will be. But just understand, the impacts are going to be far, far broader than just where the eye of the storm happens to make landfall in some areas," Florida Gov. Ron DeSantis said in a news conference Tuesday morning. "There will be catastrophic flooding and life-threatening storm surge."

Much of Florida's Gulf Coast, South and Central Florida is under Hurricane Warnings, including Tampa, Venice and Fort Myers, Naples and Orlando ahead of the expected wind, rain and storm surge from Hurricane Ian. Given Florida's unique coastline, the topography lends itself to the state being highly susceptible to storm-surge flooding during hurricanes.