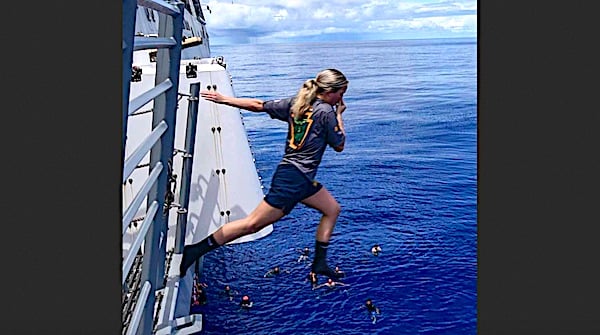 After years of high turnover that left some employees feeling expendable, Amazon is spending just shy of half a billion dollars for delivery partners to raise pay and provide benefits for drivers amid growing concerns of a labor shortage.

The $450 million investment into Amazon’s Delivery Service Partners (DSP) network gives money to partnered companies to offer drivers pay increases, alongside funding for new benefits such as a 401(k) plan and education and training programs, according to Amazon’s announcement. The announcement, which Amazon said is part of efforts to build and retain “great teams,” comes less than four months after internal documents were leaked revealing Amazon’s concern that if its current hiring practices and treatment of employees continued, it would run out of people willing to work for the company by 2024, according to Vox.

“Managing proper breaks is impossible because of the extremely high package count and stops, it makes it impossible to pull over to eat, so often times I drive and eat with one hand — it feels very dangerous, especially driving the huge box trucks,” an Amazon driver, identified only by the name Ryan, told Business Insider. “I’ve voiced a ton of concerns to my managers, but it’s basically venting. I know they don’t technically have the power to make my [concerns] Amazon’s problem because like driver’s, DSP’s are expendable and replaceable as well.”

I spoke to a manager in Sacramento who said a driver on his route had to stop working b/c of heat stroke—& saw one of her productivity metrics fall by 20%.

Although Amazon said health is their top priority, they didn't clarify how heat-related production lags are dealt with. pic.twitter.com/ZITodvsj1D

Prior to the pandemic, Amazon’s high turnover rate amongst hourly workers was nearly double the national average at 150% per year, according to The New York Times. The high turnover rate was the consequence of a deliberate strategy by Amazon, with founder Jeff Bezos believing that hourly workers that stayed too long might hinder productivity as they become complacent or actively disgruntled, Vox reported.

“If we continue business as usual, Amazon will deplete the available labor supply in the US network by 2024,” Amazon’s internal research reads, according to Vox. In some cases, Amazon workers are even fired automatically, without managers getting involved, with one employee reporting that he was fired automatically for taking two days off to have an infected tooth removed, despite receiving consistent praise from managers.

Former Vice President David Niekerk, who helped create warehouse human resources for the company, said that the company had gotten too large for the culture that it was founded on, according to the NYT. He characterized the issue as a “numbers game,” and that as the company grew it became difficult to hold employees to such stringent standards in a fair and careful way.

“Amazon can solve pretty much any problem it puts its mind behind,” Paul Stroup, a former corporate warehouse manager at Amazon, told the NYT. However, Stroup criticized the work ethic of the human resources department, saying that it felt like “a different company.”

An Amazon spokesperson stressed that Amazon does not directly employ any drivers in a phone call with the DCNF.