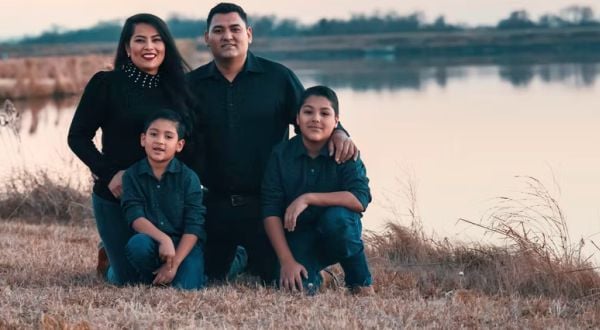 An analysis by W. James Antle III, the politics editor for the Washington Examiner, has concluded that Joe Biden campaigned in 2020 on "defending the working class and fixing the U.S. immigration system," but failed to act on those while in office.

"Hispanic voters are increasingly deserting the Democrat Party," and that has benefited President Donald Trump and the Republican party.

"It could swing the November midterm elections," the analysis notes.

It's apparently because Trump didn't do what many political forecasters, a contingent dominated by leftists, wanted him to do.

"Former President Donald Trump was supposed to be the death knell for the Republican Party and the Hispanic vote, helping to usher in the 'emerging Democratic majority' forecasters had projected for decades," the analysis found. "Instead, Trump made modest inroads with Hispanics himself and may have presided over the demographic shifting from a reliably Democratic voting bloc to more of a swing vote."

Voting in south Texas and south Florida both "saw double-digit increases in Republican support, including as much as 20 points in parts of Miami-Dade County and over 10 in the Rio Grande Valley," the report said. And it happened elsewhere.

"One important thing to know about the decline in Hispanic support for Democrats is that it was pretty broad," top Democratic data guru David Shor had said in a report in New York magazine at the time." This isn’t just about Cubans in South Florida. It happened in New York and California and Arizona and Texas."

Antle's analysis now notes that things could get "even worse for Democrats" in November, as a Wall Street Journal poll showed the two parties "tied" among Hispanics in a generic ballot.

And, he noted, "Fifty-four percent of Hispanics disapproved of the job Joe Biden was doing as president, compared to just 42% who approved. Among Hispanic men, disapproval stood at 61% compared to 38% approval."

In fact, he said, a hypothetical presidential rematch showed Biden getting 44% to Trump's 43%, within the margin of error.

"Trump was supposed to be incompatible with GOP gains among Hispanics. He was widely viewed as hostile to immigrants in general and Latinos in particular. He spoke of rapists coming across the border from Mexico and pledged to build a wall to stop them, at Mexico’s expense. Even his attempts at outreach to this demographic were off-key, such as posing with a taco salad under the caption 'I love Hispanics!' He defeated two rising Hispanic Republican stars, Sens. Ted Cruz (TX) and Marco Rubio (FL), to win the nomination in 2016," Antle explained.

"Many thought Trump would do to the Republican share of the Hispanic vote what Barry Goldwater did to the GOP in the black community. One of only six Republican senators to vote against the Civil Rights Act of 1964, Goldwater was the party’s presidential nominee that year. Republicans went from winning 32% of the black vote in 1960 to just 6% four years later and never made it out of the teens again," he noted.

But Hispanics were in agreement with Trump on several points.

Hispanics further were antagonized by COVID-19 lockdowns, disliked the Democrats' "defund the police" agenda and the socialistic behaviors being demanded by the left, the analysis found.

The result, Antle found, could be for the GOP to become a "multiracial working-class party."