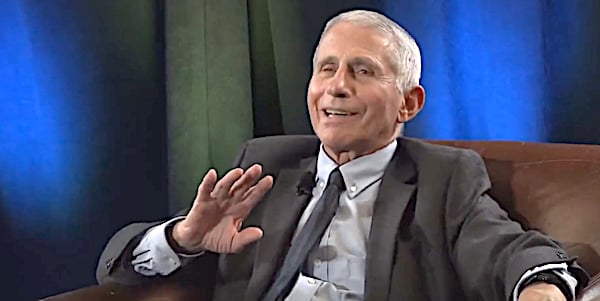 National Institute of Allergy and Infectious Diseases (NIAID) Director Anthony Fauci and his wife saw a net worth increase of $5 million during the COVID-19 pandemic, according to an analysis by a government watchdog group.

Fauci and his wife Christine Grady, chief bioethicist at the National Institutes of Health (NIH), in 2021 reaped $900,000 in investment portfolio gains combined and roughly $800,000 in 2020 gains, according to OpenTheBooks’ analysis, Their combined net worth increase was the result of salary increases, royalties and cash awards, according to the analysis.

The Faucis’ funds were disclosed in a combination of college education accounts, mutual funds, as well as retirement and trust accounts, the watchdog found. The couple put over $1.3 million into savings in 2020 and 2021, according to the watchdog.

Dr. Fauci also notably earned roughly $1 million in prizes from global nonprofits, the watchdog found, including Tel Aviv University’s Dan David Prize for those who are “speaking truth to power” and “defending science” in 2021 while serving under former President Donald Trump.

NIAID did not respond to the DCNF’s request for comment, nor did NIH.