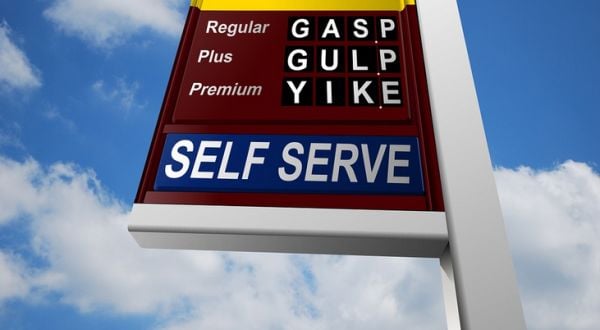 Inflation has exploded under Joe Biden's economic policies, and one of the worst problems is the cost of gasoline, which had risen to nearly $6 a gallon in some locations before it dropped off slightly during the summer.

That's because almost everyone with a job, in fact, anyone not working at home, commutes daily to work.

But now Biden has a solution for those costs that have been cutting into families' budgets for food and housing.

Have the retailers lower the prices.

A report at Just the News explained that Biden said the price of oil on the world market as declined, so the consumer costs of gasoline should be down too.

He apparently didn't address the fact that often gasoline supplies are delivered based on a longterm contract, and those contract prices don't fluctuate day to day as does the world oil price.

Biden ordered this week that fuel companies "lower fuel prices for consumers" to a level he said "would reflect what the product actually costs," the report said.

His demands came at a meeting of the White House Competition Council, one of the bureaucracies he has created in Washington.

He said oil prices have dropped in recent weeks, and they have. So have prices at the fuel pump, until just the last week or so when they turned again and are marching upward.

"My message is simple," Biden said. "To the companies running gas stations and setting those prices at the pump: Bring down the prices you’re charging at the pump to reflect the cost you pay for the product. Do it now. Do it now."

Fuel prices are critically important to Democrats as the midterm elections are approaching rapidly, and record gasoline prices are not going to make voters happy with the party whose policies have brought them on.

The Daily Caller News Foundation reported just this month that gasoline prices were on the rise.

The national average price had peaked at more than $5 in June, but had been declining slightly until now.

Biden already has been raiding the nation's Strategic Petroleum Reserve to take millions of barrels of oil to sell – in an attempt to bring down fuel costs for consumers.

The report said the SPR hit its lowest level since November 1984 on Sept. 6. Biden then said he would be releasing more.

The Daily Caller News Foundation also warned that gasoline prices would rise further this winter because of European Union sanctions on Russian oil.

Yellen told CNN that there was a “risk” of gas prices spiking at the beginning of 2023 because the EU will no longer buy Russian oil, and that could push prices up. Yellen added that the Group of Seven wealthy nations (G7) and the EU were working to place a price cap on Russian oil to prevent gas prices from getting too high.

And a forecast for a hurricane in Florida this week has triggered the temporary closures of refining and processing facilities there, which could end up further reducing the nation's supply.