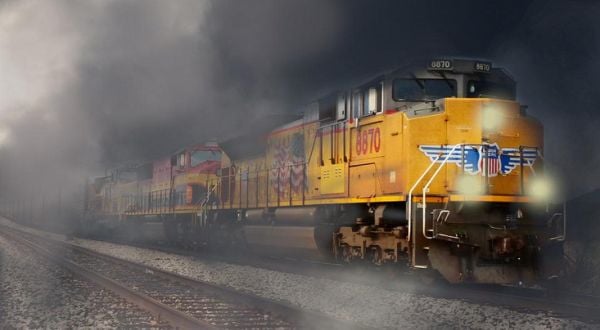 The rail unions met with Biden administration officials, including Labor Secretary Marty Walsh and Transportation Secretary Pete Buttigieg, Wednesday into early Thursday to reach an agreement before the Friday deadline. The parties successfully reached an agreement Thursday morning, though it is not yet clear the exact details of the deal, the White House announced Thursday.

“These rail workers will get better pay, improved working conditions, and peace of mind around their health care costs: all hard-earned,” Biden said in a statement early Thursday. “The agreement is also a victory for railway companies who will be able to retain and recruit more workers for an industry that will continue to be part of the backbone of the American economy for decades to come.”

The strike — which could cost the U.S. $2 billion a day in productivity and stall 40% of the U.S. long distance trade according to CNBC — was set to go into effect at 12:01 a.m. on Friday, and experts warned the Daily Caller News Foundation that the effects of a strike would have been felt in all areas of the economy. The main sticking point in negotiations was not over pay, which would have gone up at a record 24% over the next five years, but rather over attendance policies, which labor unions argued penalized them for unscheduled sick days or for failing to attend work when a family member is sick, according to The Wall Street Journal.

John Espanza, President and CEO of the Texas Trucking Association, had expressed hope that the unions’ aggressive campaign was a scare tactic, in a Tuesday interview with the Daily Caller News Foundation. The trucking industry, which is currently facing a shortage of at least 80,000 drivers, would be unable to pick up the slack in the event of a total shutdown in freight.

Moments ago, following more than 20 consecutive hours of negotiations at @USDOL, the rail companies and union negotiators came to a tentative agreement that balances the needs of workers, businesses, and our nation’s economy. (1/2)

Even if there were enough trucks, “highway infrastructure does not exist to handle that many additional trucks,” Heritage Foundation economist E.J. Antoni said to the Daily Caller News Foundation in a statement preceding the strike. “Additionally, certain critical commodities, like chlorine and any heavy goods, travel primarily by train.”

Antoni noted that since oil pipeline projects, including the Keystone XL, have largely halted or been cancelled under the Biden administration, which has lead oil to be shipped increasingly by rail. Coal accounts for more than one-fifth of all energy in the U.S., according to the Energy Information Administration, and almost 70% of all coal reaches its final destination by rail, according to the American Association of Railroads (AAR).

“We are talking about disruptions of not just consumer goods, but critical commodities, factory inputs, energy, and more,” Antoni said. “It’ll be devastating.”