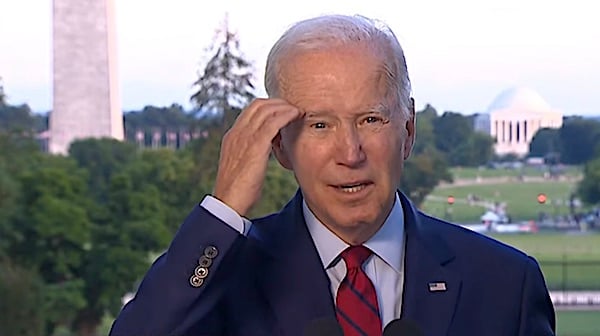 President Joe Biden’s approval rating sank below 40% in a poll released Sunday, appearing to contradict various reports of the president making a “comeback” among voters.

The ABC/Washington Post poll of 1,006 adults, 908 of whom were registered voters, reported that 53% of respondents disapproved of Biden’s job performance while only 39% approved. Respondents gave Republicans double-digit leads when asked who they trusted to handle inflation, the economy and crime.

Multiple reports have suggested Biden is making a “comeback” among voters, citing an uptick in approval in recent polls.

Only 36% of those polled approved of Biden’s handling of the economy, with 74% describing it as “bad.” The economy was seen as highly important by 84% of those responding to the poll, while 76% considered inflation highly important.

The Supreme Court overturning Roe v. Wade did not seem to help the Democrats, according to the poll, with 76% of those who supported the Dobbs ruling saying they were certain to vote as opposed to 70% of those who opposed the ruling.

The Biden comeback could be going away. Job approval 39% in new ABC/WP poll: https://t.co/FsXGLmMYaO pic.twitter.com/gSTd0SrLQ2

Gross domestic product shrank by 0.9% in the second quarter of 2022, according to the Bureau of Economic Analysis, following a 1.4% decline in the first quarter. Two consecutive quarters of contraction is a commonly-used metric to determine if a recession is taking place, according to Investopedia.