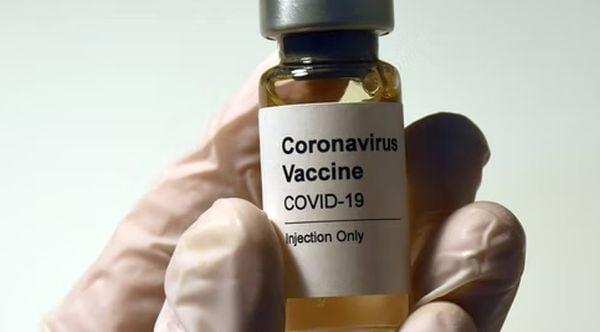 (Photo by Hakan Nural on Unsplash)

The Centers for Disease Control and Prevention fed Facebook false information regarding the effectiveness of the COVID-19 vaccines for children in the social media platform's crusade against "misinformation," according to newly acquired emails.

In one email, a Facebook official said the CDC had helped the company to "debunk claims about COVID vaccines and children," the Epoch Times reported.

Facebook monitors news reports that users link on its platform, routinely punishing and outright banning news outlets that publish content the social media company deems to be misleading or false.

In this instance, a CDC official replied to Facebook's request by stating, "Claims that COVID-19 vaccines are ineffective for children ages 6 months to 4 years are false and belief in such claims could lead to back vaccine hesitancy."

By "effective," the official meant that they prevent children "from getting seriously ill, being hospitalized, and even dying."

Already, the CDC had conceded it could not support its initial claim that the vaccines were 100% against infection and transmission.

But there also is no evidence that the vaccines are effective against severe illness and death in young children.

The Epoch Times points out that there were no cases of severe COVID reported in children in the placebo group in the Moderna clinical trial. And in the Pfizer trial, six of the seven cases of children aged 6 months to 4 years who contracted COVID-19 occurred in children who received a vaccine.

"The clinical trials were not powered to detect efficacy against severe disease in young children," Dr. Sara Oliver, a CDC official, acknowledged during a meeting before the agency recommended the vaccines for young children.

Amid the COVID-19 waves dominated by the omicron variant and its subvariants, most who contract the disease – children and adults alike – present with relatively mild symptoms akin to the common cold or seasonal flu.

Meanwhile, more than two months since the Food and Drug Administration authorized COVID-19 vaccine doses for children as young as 6 months, a little less under 4% of infants under 2 years old and a little more than 6% of children 2 to 4 years old have received the first dose, the Washington Examiner reported.

The Epoch Times reported that last November a CDC official reviewed seven claims, and Facebook currently lists all of them as false.

Among them are claims that some medical scientists believe are supported by evidence, such as that the vaccines alter the immune system.

Government data around the world, in fact, indicates that people who have been vaccinated are more susceptible to COVID-19 infection than those who haven't received the shots.

Also ruled false by the CDC is the claim that COVID-19 vaccines alter people's blood. However, blood clots are a known side effect, and a study found many vaccinated patients have abnormal blood.

Pathologists and embalmers are reporting they have seen the emergence of bizarre "fibrous" clots in a substantial portion of their cases since the rollout of the COVID-19 vaccines.

Collusion suit
Alleged collusion between social media companies and officials in the White House, State Department, FBI, CDC and many other federal agencies is the chief complaint in a lawsuit by Missouri Attorney General Eric Schmitt and Louisiana Attorney General Jeff Landry. Last Thursday, the state AGs asked a federal court to compel the Justice Department to turn over communications between high-ranking Biden administration officials and social media companies.

In May, the Biden administration "paused" a plan to establish a Department of Homeland Security Disinformation Governance Board. The Washington Post reported the board was paused not because it resembled the totalitarian Ministry of Truth in Orwell's "1984," but because of a right-wing "disinformation" smear campaign.

Facebook founder Mark Zuckerberg recently admitted in an interview with podcaster Joe Rogan that the FBI warned his company to watch out for "Russian disinformation" prior to the 2020 presidential election, which led to the censoring of the Hunter Biden laptop story.

In February, as WND reported, the Department of Homeland Security issued a bulletin naming "proliferation of false or misleading narratives" regarding COVID-19 and the 2020 election as among the top terror threats. The charges of spreading "misinformation," however, came as top health officials and scientists walked back their stances on masks, lockdowns, vaccines and other efforts to combat COVID-19, confirming the claims of esteemed scientists they have dismissed as "fringe" and conspiracy theorists."

Last November, for example, Pfizer CEO Albert Bourla charged people are spreading "misinformation" about the vaccines, calling them "criminals" who have cost "millions of lives." However, Bourla acknowledged in January that two doses of his vaccine "offer very limited protection, if any" against the dominant omicron variant. And he said the mRNA vaccines "don’t have the safety profile that we hoped we can achieve with this technology."