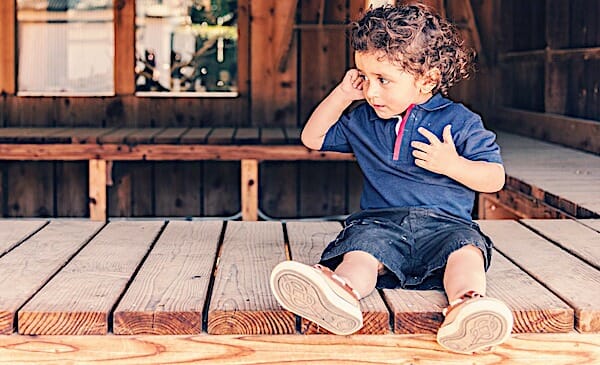 The LGBT ideology has claimed another victim in the United Kingdom, where a longtime Christian chaplain at Trent College in Derbyshire, a Church of England campus, was dismissed for sharing a message about the teachings on marriage that were established by the Church of England itself.

He was investigated by local authorities who found no cause for concern, but the school and church organization still banned him from his job, and his occupation, according to a report from the Christian Legal Center.

The case involves Rev. Dr. Bernard Randall, 49, from Derbyshire, who is being supported by the legal team.

He explained the conflict arose over his message, based on Church of England standards, about marriage.

"I have been marked as a 'risk to children' by church officials for expressing, moderately, the C of E’s own teaching on human sexuality in a C of E chapel," he explained in a statement released by his attorneys.

"I do not believe delivering a sermon can be a safeguarding issue. I did not think anything I said was wrong. I certainly didn’t make personal attacks. I was told by the safeguarding team at Derby diocese that my sermon and my views, based on C of E teaching, could potentially cause someone anxiety, as if that is abuse."

He warned, "If the Church of England believes that its own teaching based on the Bible is a safeguarding risk then what does this say about what state it’s in? ’Safeguarding’ has been weaponized against what they believe to be a difficult voice. The Bishop of Derby has shown moral cowardice in refusing to stand up for the goodness of the Church’s own teaching, and totally failed to support and vindicate me. Sadly, the C of E seems to care more about its reputation in the secular world than showing spiritual leadership – it has become managerialised."

Are many so-called mainstream Christian institutions filled with the spirit of antichrist?
98% (653 Votes)
2% (14 Votes)

He accused the church of turning its back on him.

Andrea Williams, chief executive of the Christian Legal Centre, said: "The Church of England’s wholesale misuse of safeguarding to suggest that Bernard is a risk to children is one of the most distasteful and objectionable elements of this extraordinary case."

Williams accused the church of capitulating to pressure from the secular world.

Williams continued, "It is the rise of LGBT ideology and activism within the Church of England that is the ‘risk’ to good and faithful clergy such as Bernard and to children who are badly failed by its misleading guidance on transgenderism in schools."

There is an employment tribunal pending in the case.

The background is that Randall was told he was a "moderate risk to children" as well as vulnerable adults after a persecution launched by church officials.

His "offense" was that he preached a sermon at Trent "that carefully presented the Christian viewpoint on identity questions," the legal team reported.

The school even notified Prevent, the government's counter-terrorism watchdog, which investigated and found no wrongdoing.

Randall had based his sermon on the Book of Common Prayer, and church law, which states marriage is "in its nature a union permanent and lifelong, for better for worse, till death them do part, of one man with one woman."

The employment tribunal will consider, among other things, his abrupt firing and whether that was an act of discrimination, along with charges of harassment and breach of the Equality Act 2010.