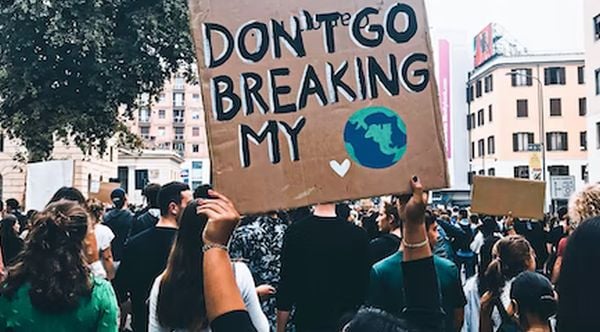 Manchin asked Democratic Senate Majority Leader Chuck Schumer to remove his bill from the continuing resolution package to avoid a government shutdown because his bill did not have enough Democratic Senate votes to pass, according to a press release. Manchin’s Energy Independence and Security Act would have instructed the Federal Energy Regulatory Commission (FERC) to permit transmission lines to transport electricity generated by solar and wind energy to urban centers, which could have helped accelerate Biden’s green energy transition.

Transmission lines are essential to facilitate the renewable energy projects funded by the Democrats’ $370 billion climate bill, according to a Sept. 23 report released by the Princeton University REPEAT Project. The construction of transmission lines, which can often become delayed, could be expedited by Manchin’s bill if the Energy Secretary determines the project to be in the “national interest.”

“The President supports Senator Manchin’s plan because it is necessary for our energy security, and to make more clean energy available to the American people,” White House Press Secretary Karine Jean-Pierre said in a statement. “We will continue to work with him to find a vehicle to bring this bill to the floor and get it passed and to the President’s desk.”

Despite the bill’s potential to help the Biden administration reach its climate targets, Independent Sen. Bernie Sanders of Vermont, who caucuses with the Democrats, sent a letter on Sept. 23 urging senators to vote against it. Sanders called Manchin’s bill a “big oil side deal,” arguing that it would help the fossil fuel industry pollute the planet.

Democratic Sen. Tim Kaine of Virginia also rejected Manchin’s attempt to streamline the federal permitting process for energy projects as it would instruct federal agencies to expedite the permitting of the “dangerous” Mountain Valley project, a natural gas pipeline between Virginia and West Virginia. Manchin’s bill would have created a list of at least 25 energy projects that are considered to be in the “national interest” that FERC would be instructed to permit; however, only five of such developments would have been fossil fuel projects.

Biden, Schumer and Democratic House Speaker Pelosi Biden promised Manchin in August that they would help pass permitting reform in exchange for the senator’s sponsoring of the Democrats’ $740 billion climate, tax and health care bill. The Democrats have a slim majority in the Senate due to the tie-breaking vote of Vice President Kamala Harris.

Manchin’s office and the White House did not immediately respond to the Daily Caller News Foundation’s request for comment.