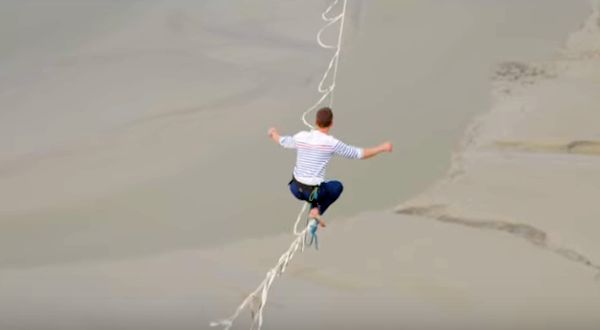 (UPI) – A daredevil high line walker broke a world record by walking nearly 1.4 miles on a line suspended at Mont-Saint-Michel in France.

Nathan Paulin, who made headlines in 2017 when he walked 2,198 feet on a slackline suspended between Paris' Trocadero Square and the Eiffel Tower, set a new record for highline walking when he walked a distance of 7,218 feet over Mont-Saint-Michel, a UNESCO world heritage site in France.

Paulin's walk was recorded by camera company Insta360, which posted the footage to YouTube.